Its been a bear-filled week in Nursery, but children also found time to do a balancing act. 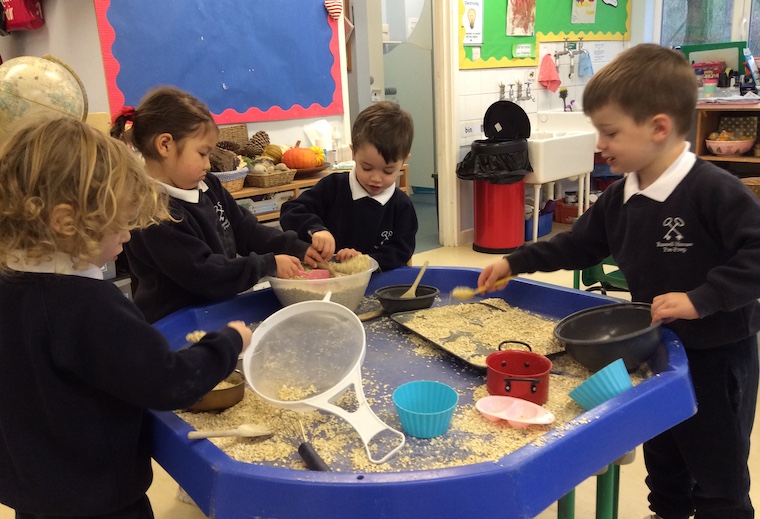 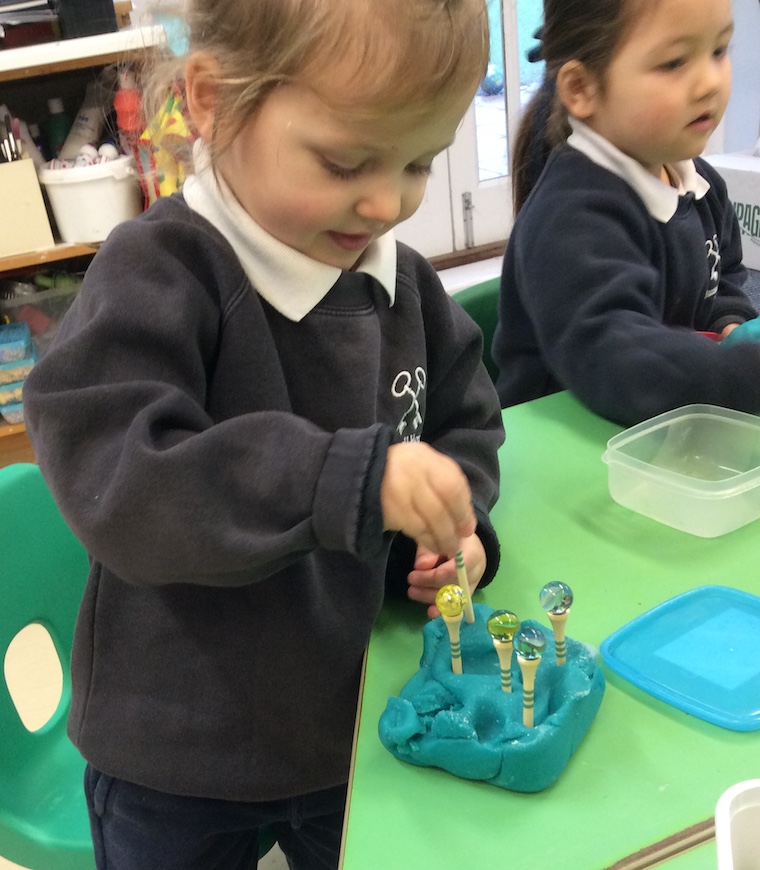 Porridge oats have been flying everywhere this week while the children filled bowls with porridge for the bears to eat!

They have been comparing sizes of big, medium and small through matching bowls and spoons for the bears. They made lovely bear faces for our display and used fabulous cutting skills to make stick puppets of the three bears and Goldilocks which were used to tell some super stories. Then they made wooden houses for the coloured bears using bricks and drew some fantastic pictures in their Special Books.

Following the maze with their fingers and pens, they found the porridge for daddy bear and counted cakes for the bear using the Top Marks program on the Ipad.

There was lots of concentration when the children balanced marbles on the golf tees in their play-dough. They have also been investigating torches and making 'mysteries'. In the garden they explored the ice, looking at the patterns and shapes. Then they had lots of fun smashing the ice by jumping on it! There's been so much rain this week but it hasn't stopped the children collecting rain water from the play house roof and jumping in the puddles!