I can say with certainty that the highlight of the week has been our work on magnets! 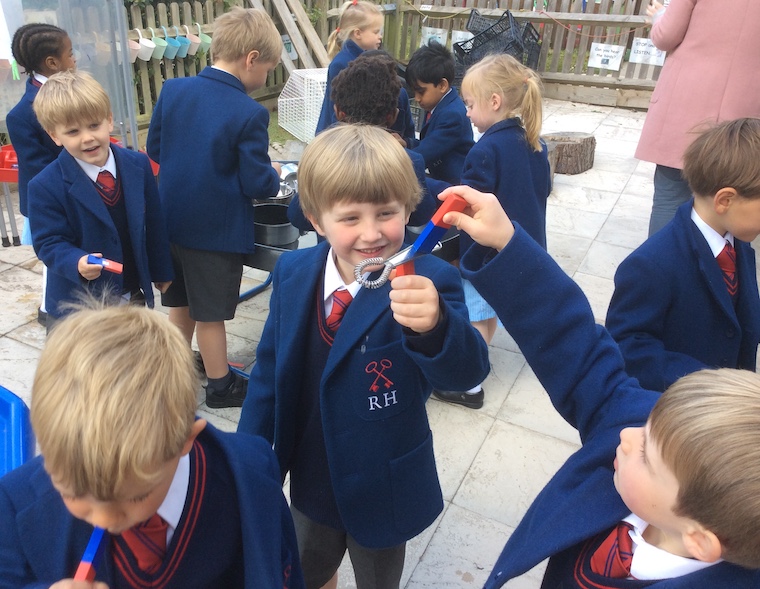 As part of our learning about Reducing, Reusing and Recycling, the children have been investigating the properties of metal which included zooming around the school with a magnet looking for metal objects. 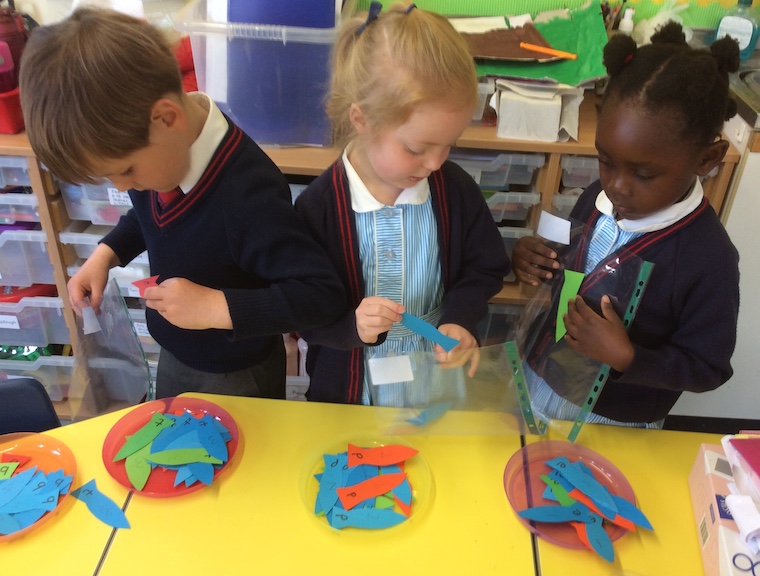 Their excitement caused Mr McCarthy to pop out of his office to find out what was going on. He then joined in with our investigations, offering his spectacles to the children to test. I am pleased to say they soon realised that not every metal is attracted to a magnet and also that metal can be hidden underneath other materials.

After borrowing some paper clips from Mrs Burness, I ‘accidentally’ dropped them all over the floor and was very pleased when the children immediately realised that the best way to pick them up was to use a magnet.

The children also really enjoyed making their Magnetic Fish Game which they can also use to help their phonic work and working with numbers. As always, so much learning happens when children are playing games. 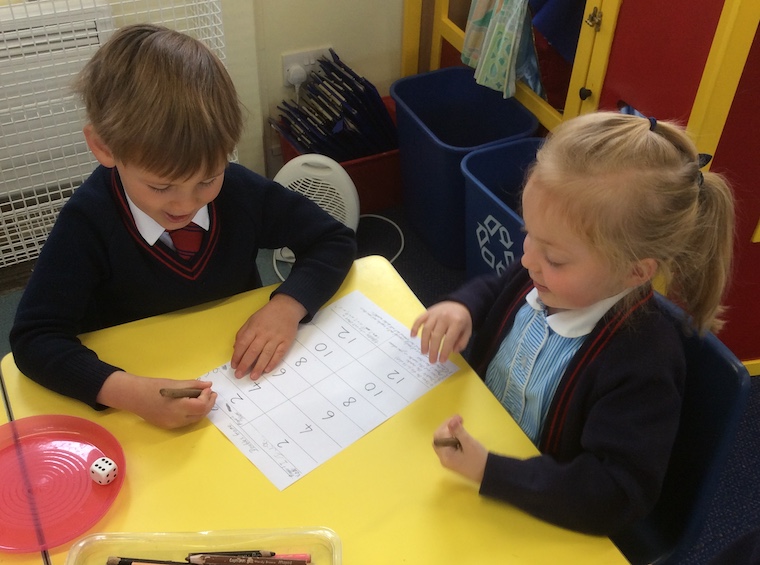 As you can see from the photos, we have also been playing a game which involves finding missing numbers on calendars. Another game played this week was the Doubles Race Game. It was great to see how quickly the children understood how doubles are created. It also gave them a chance to practise instant recall of doubles.

Finally, it was a pleasure to see how well the children performed when they were being filmed for our Grandparents Appreciation video which is out this Friday.