Form 6 had a brilliant field trip to Horton Kirby exploring features of the river. 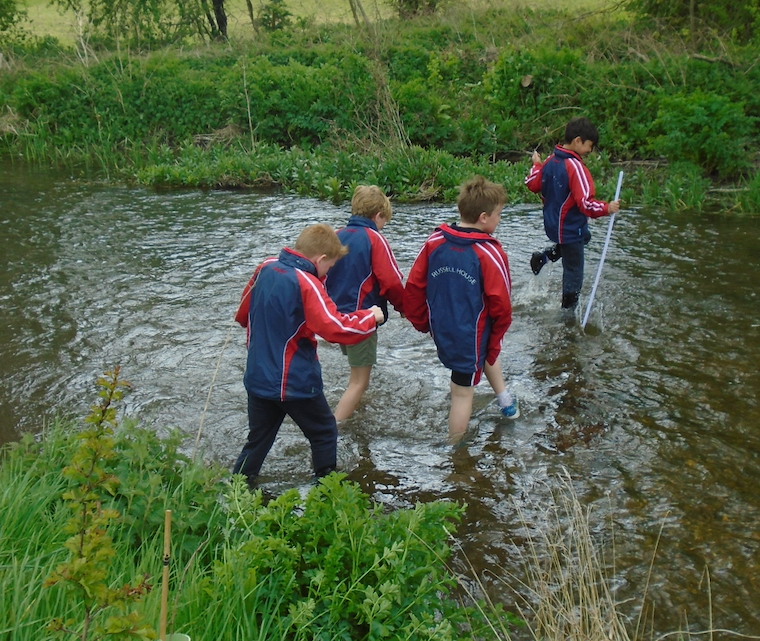 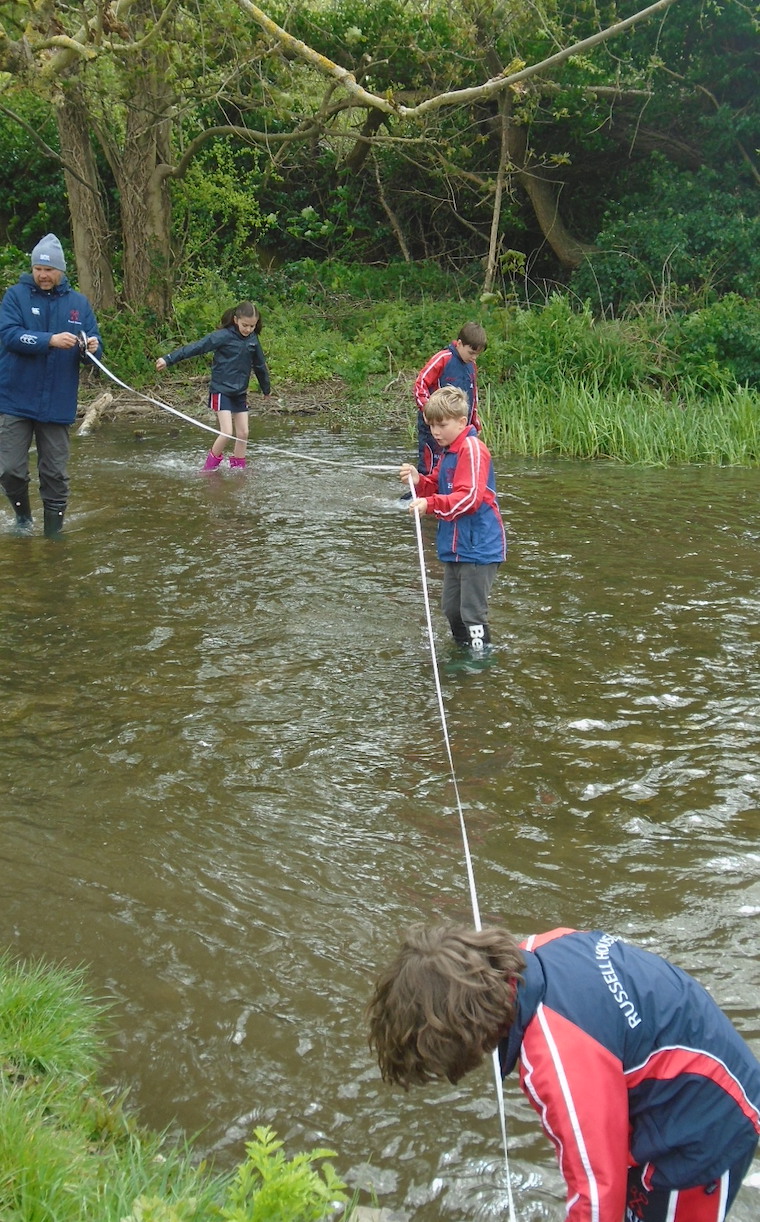 During Humanities lessons, Form 6 has looked at the most famous rivers in the UK and around the world, including the Thames, the Nile, the Danube, Mississippi and Waikato. They tracked the different rivers from source to mouth, looking at features of the upper and lower courses. Mr Plant helped them create various diagrams, including cross-sections of rivers.

The children used photos of flooding in Bangladesh and Carlisle as case studies to further their understanding of the impact. They investigated the causes and consequences of flooding. For example, deforestation in Bangladesh has contributed to the severe flooding there. Following from this, they compared various strategies to control flooding and the kinds of defences that can be used.

As part of their studies, Form 6 visited Horton Kirby on Tuesday and shared their experiences in assembly on Thursday.

The first task for each group was to measure the width of the river at various locations using a tape measure. They discovered the river was between 10 and 13 metres wide. 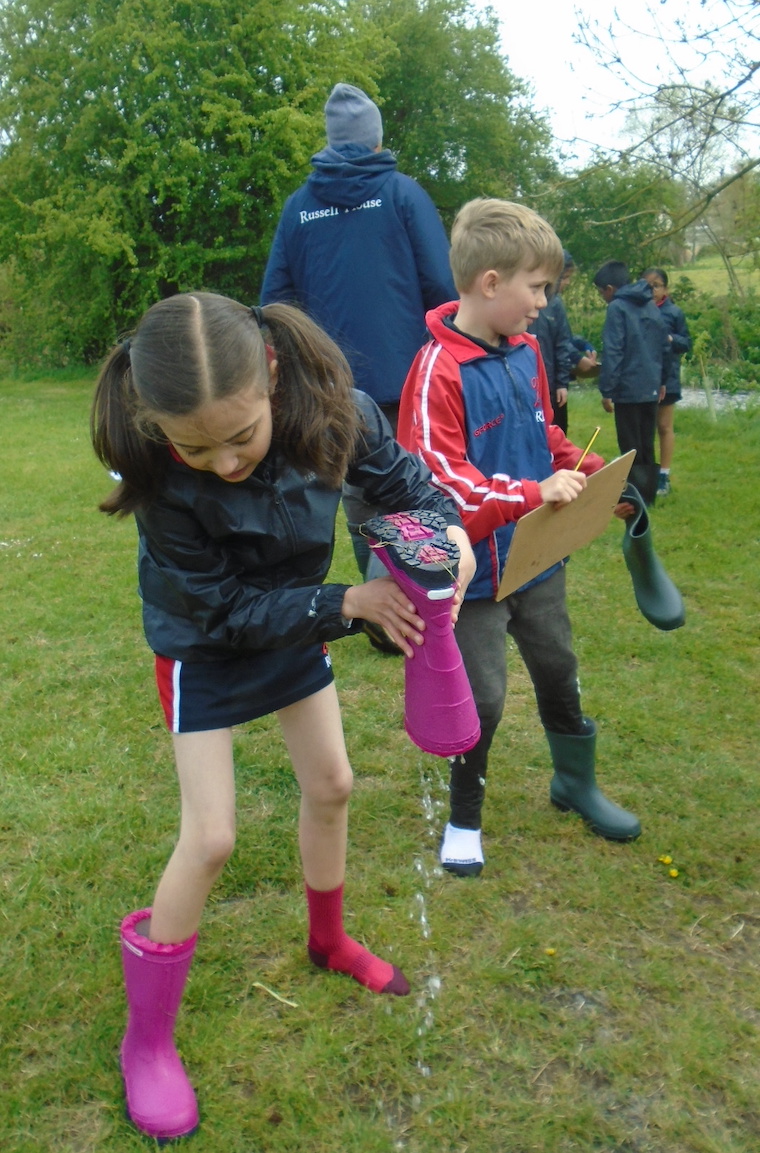 Next, each group measured the depth, taking nine separate readings to create a cross-sectional profile. They used metre sticks to record these measurements. After that, the children took a sample of the rocks found on the river bed. They used a powers index of roundness to categorise the rocks and measured them in millimetres for accuracy.

Finally, they calculated the river’s velocity. They did this by measuring five metres and recording how long it took an object to float down the river. The class averaged the times and divided the distance of 5m by the time to give them a velocity recording of 0.385 metres per second. On returning to the classroom, the children used a formula to calculate the river's discharge. Using their measurements and data, they found the volume of water moving down the stream was 13.6 cubic metres per second.

The children had a fun-filled morning and everyone got their feet wet (except Mrs Knight!). Thank you to Mr Plant for organising the trip and for putting together a magnificent assembly with the children that showcased just how much knowledge Form 6 have. Well done to everyone!