Catch up with two very close results from the first cricket matches of the season. 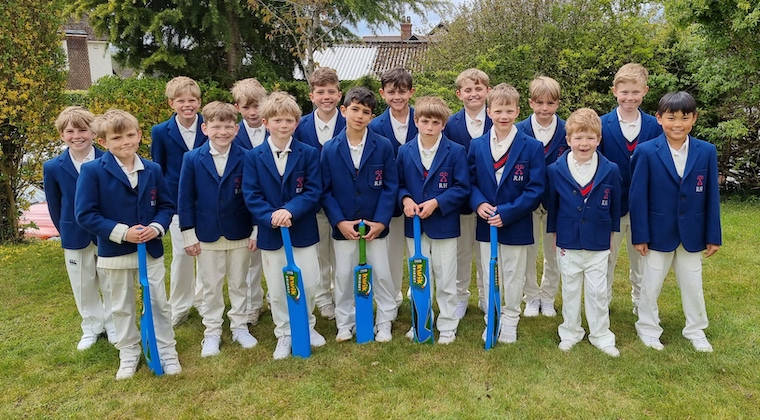 U8 Boys v The Mead (away): The U8 boys tried their hardest to win the match against The Mead. The weather was bright and sunny, and we were feeling anxious as it was our first match. Oliver L played well and hit the ball hard, and it was a very close match. We were sad because we did not win, but we had a good match. The Mead won 282 to 277. Report by Barnaby

U9 Boys v The Mead (away): This was our first cricket match. We were all very excited but also nervous at the same time. Dexter made an awesome catch off his own bowling. Will S hit three boundaries. Will F and Charlie hit one boundary each. Henry bowled one of the opponents. Connor got close to bowling out the opponent twice but unfortunately just missed the stumps. Sadly we lost by 17 runs, but it was good fun. Report by Connor