Our footballers were silver medal winners at the IAPS U11 tournament. 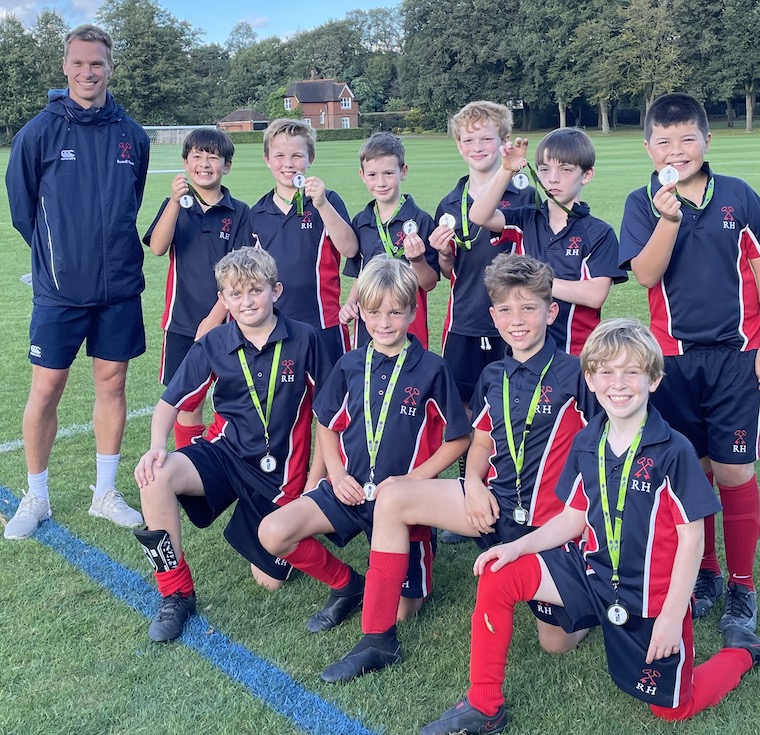 IAPS U11 Tournament at Charterhouse School: Over the course of the afternoon, we played five group stage games, winning two, drawing one and losing two. This put us in the quarter-finals in a match which ended in a goalless draw, and therefore moved on to penalties. Henry was outstanding in goal, saving two goals. We won on sudden death, with Chris scoring the all-important goal. 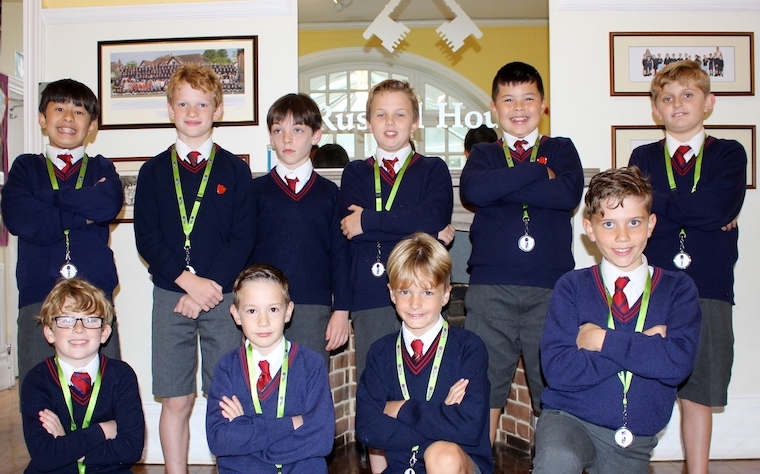 We advanced to the semi-finals and won 1-0 with a super goal from Oliver before losing the final 1-0 in a really close game. There were very strong performances throughout the day and the team improved with each game. As runners-up in the tournament, we were presented with silver medals.      Arthur

U10 5-a-side Tournament at St Michael's: We lost the first game 4-1 to the eventual tournament winners, but the goal we scored was a brilliant team effort. I finished the move to score but the team build up play was very good and the pass from Charlie was Premier League quality. In fact, it was the only goal our opponents conceded in all their six matches on the day. We bounced back quickly in the second game to win 4-0 with goals from me, Charlie and two from Will F, whose shot for his first goal was an unstoppable thunderbolt. Oli nearly scored a wonder goal with an aerial volley. The third game was very close against the eventual finalists. Charlie scored, and Dexter's goalkeeping (which was very good all day), kept us in the game. It was 1-1 until the last 10 seconds of the game when they scored from a corner. This was very disappointing for us. We lost the final group game 4-0. However, without Connor and Louis' tough defending it would have been more. This result meant we got through to the plate competition. We played a very tense and close semi-final that could have gone either way. Charlie nearly scored in the second half. We pushed people forward to try and win and unfortunately, they broke out on the counter attack and scored with the very last kick of the game. It was the second time this had happened to us in the tournament! Thanks to Mr Plant - Russell House’s answer to Guardiola - for coaching us so well, and thanks for loads of support from our parents. We are going to work on our fitness and try to improve for the rest of the season.    Arthur