Our footballers notched up some strong victories last week. Take a look. 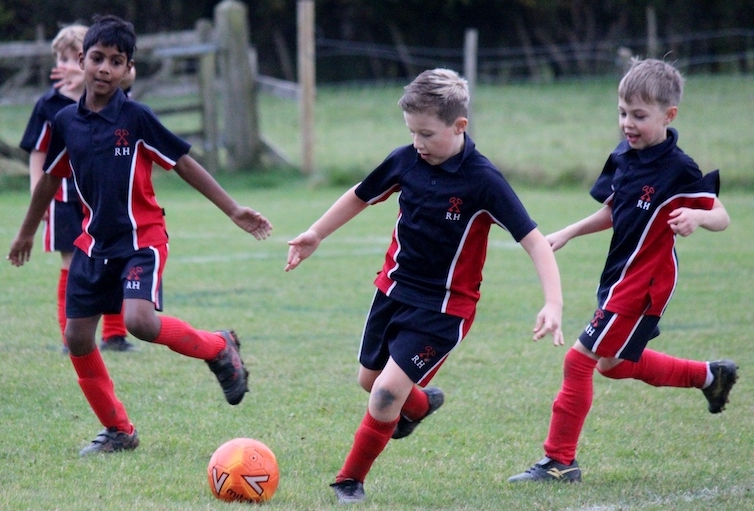 U8 v Spring Grove: The score was 4-0 to Russell House. Henry was a standout player, putting 100% effort into the game and was a star goalkeeper. I thought we did OK defending and really good striking! The team put in some good tackles, but I think next match we should pass more. The first goal was scored by James. For the second, Hugo zigzagged with the ball and it shot into the goal. Next James ran with the ball and came close to goal, shooting it into the far top corner to score the third goal. The last goal was a hat-trick by James, where Sammy set up the ball for James to score. We did really well, and I think it was our best game so far.    James 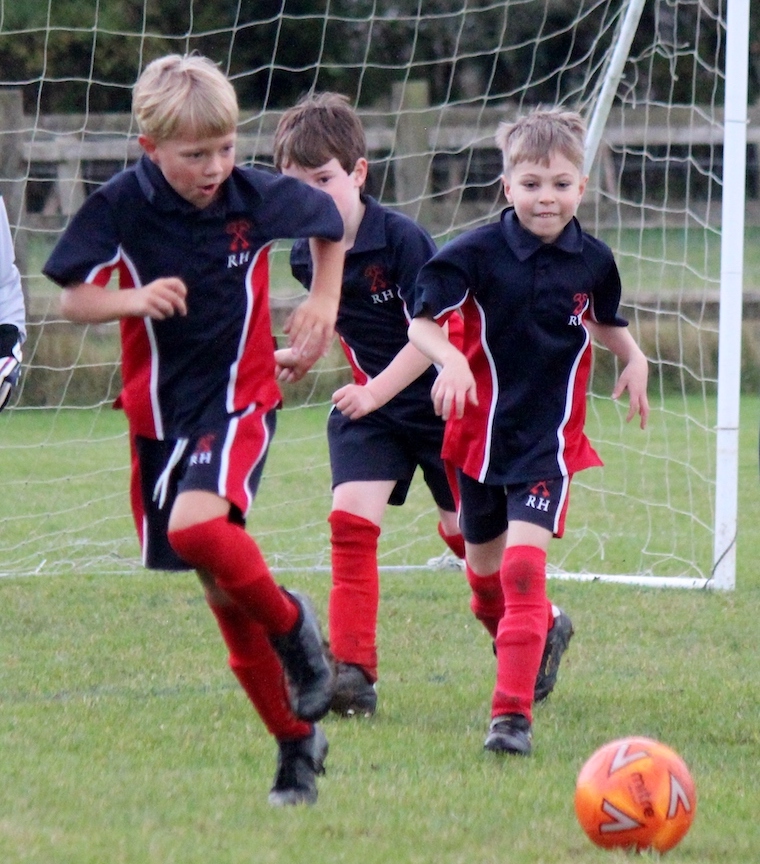 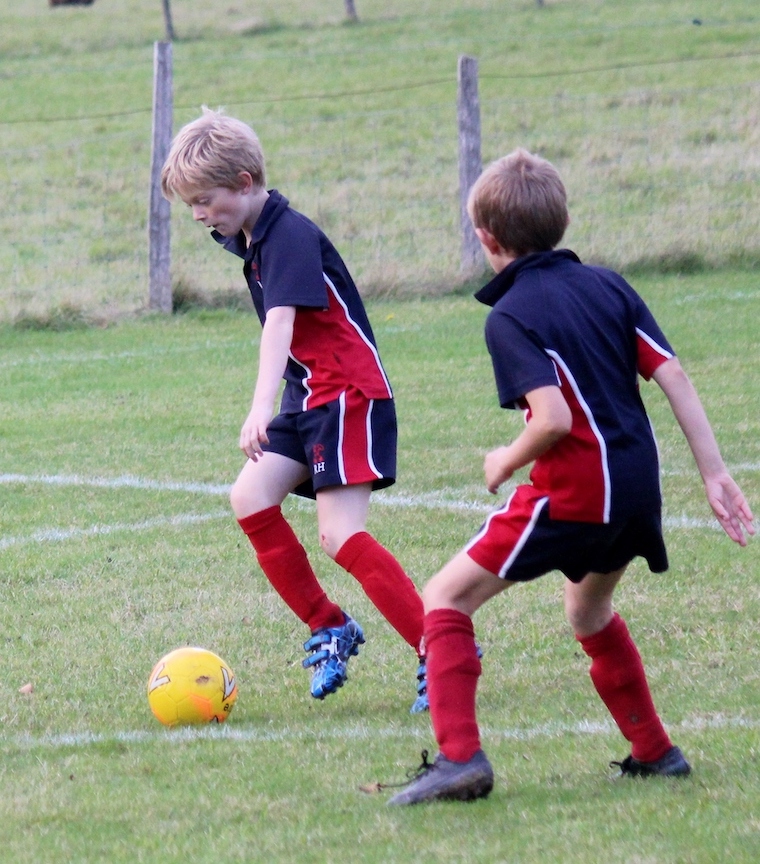 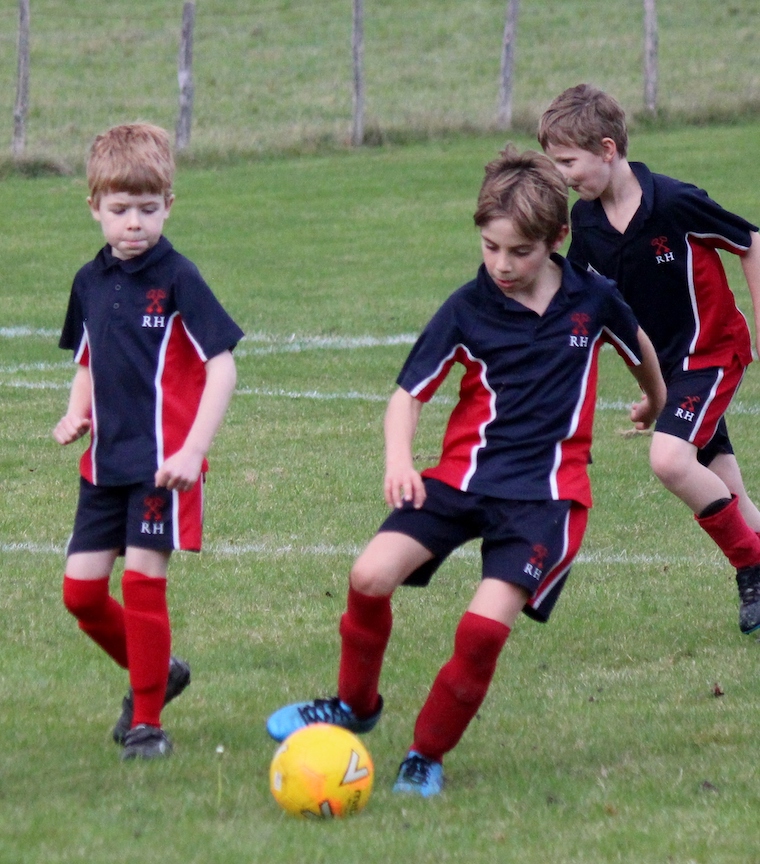 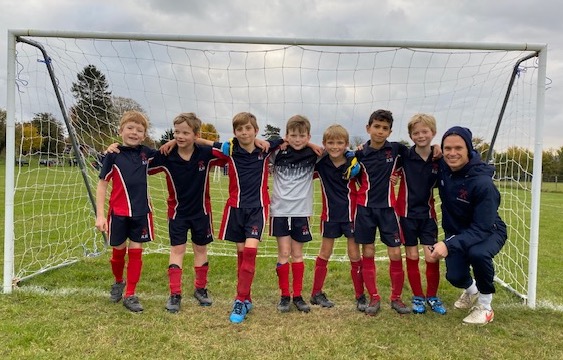 U9 v Spring Grove: This was a rather one-sided affair with Russell House the convincing winners. Oliver L scored two goals, Barny scored a hat-trick, as did Kamran, and Felix scored also. Overall, our passing was much better than in previous games and Anders was very strong in goal too.    Oliver

U10/11A v Hazelwood: We kicked off and Oliver F had scored within 5 minutes because we were doing all the basics correctly - like not passing across goal and remembering to keep passing. The working of the line was brilliant by Chris. The defence was great as well as the attack - which led to us being 3-0 up after the first half (one goal by Charlie and one goal volleyed in off the crossbar by Harry). At half time, Mr Falconer talked to us about our success in one-v-ones and how we should try not to concede a goal in the next half. Hazelwood kicked off in the second half and the defence (and particularly blocking) was brilliant by Alfie. We had lots of attempts and on-target shots, but they kept getting blocked, until right at the end of the second half when Charlie scored his second goal. The game went really well, and we came away with a comfortable 4-0 victory.    Henry 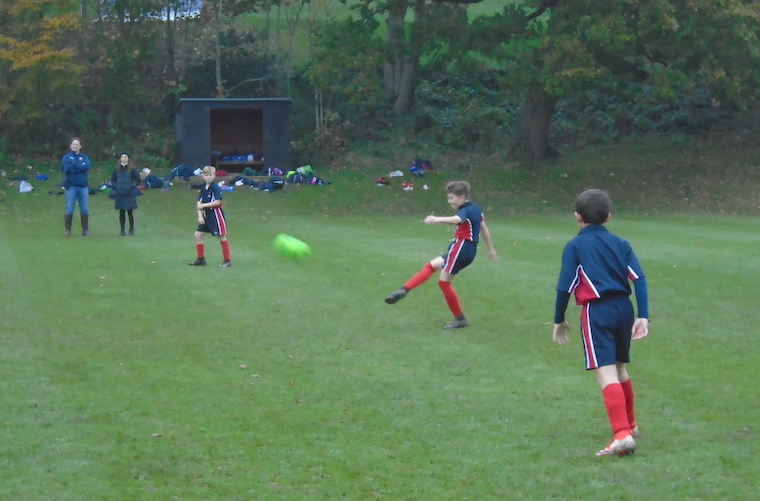 U10/11B v Hazelwood: The B team played incredibly well in our match against Hazelwood winning 4-0. William S scored the first goal giving us a half-time lead. The second goal came from Ben, with a beautiful top corner shot, followed quickly by another from William S and finally, Xander came in with a finishing goal just before the end of the match. Well done to all - great teamwork!  Xavier

U10/11C v Hazelwood: We lost the match against Hazelwood 2-1 with our goal coming from Michael. Throughout the match Conner and Michael played very well covering a lot of the pitch. We played very well, but the other team played even better. In the first half Henry was very good in goal, and in the second half Grayson moved to the goal and maintained the high standard.   Grayson