Some great performances are described in this week's reports. 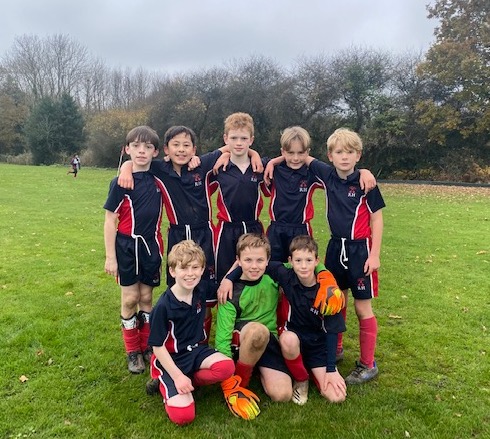 U10/11A v Sevenoaks Prep: This was a challenging game for the Russell House squad. We came in with our heads high and a very good attitude, as it would be the last of the year for football. We started the match with Henry making dozens of outstanding saves and Alfie making stunning tackles. But later in the first half, we made a few mistakes and two goals slipped into the back of the net to close the first half 2-0 for Sevenoaks Prep. Our performance was better overall in the second half with Charlie getting multiple shots on goal. However, we still made some mistakes taking the opposition through on goal. Eventually Sevenoaks Prep scored a few more to comfortably win the match. Harry 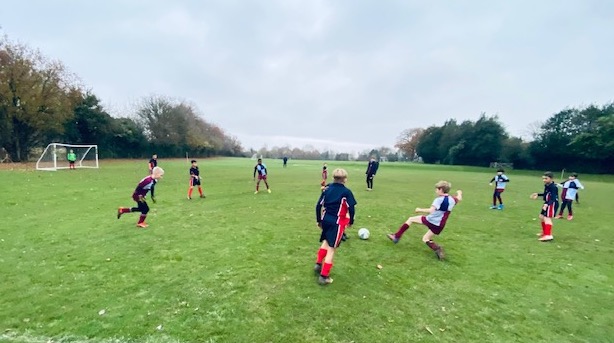 U10/11B v Sevenoaks Prep: We played a 7-a-side match which was quite free flowing. In the first half Ben broke away and passed the ball through to Logan who rounded the keeper and slotted home from an acute angle. Sevenoaks Prep replied with a goal in the second half from a mistake just outside our box. Despite fighting back and hitting the side netting three times, we were unable to find a winner and the game ended 1-1. Everyone played very well and our linking up was the best this season. Connor was brilliant in defence making numerous tackles, timing them to perfection. Ben

U10/11C v Sevenoaks Prep: In a match where Sevenoaks Prep started strongly, Russell House C Team went on to take a well deserved win with a score of 2-1. Henry stopped all their attempts at goal at the start to give Russell House the confidence to clear to Grayson and Varun who crossed the ball to Alex so he could score. This encouraged us to play better for the rest of the half. In the second half, Sam and William played well at the back, tackling and clearing it off to the wing. We also got quite a few chances up front with Alex, Varun and Henry all working as a team to drive up the pitch. Russell House could have retreated faster when Sevenoaks were in possession. Unfortunately our opponents then scored a lucky goal which just got past our keeper, Grayson. Then suddenly, out of nowhere and in the very last minute of the match, Alex came running in to strike the ball from Varun's corner kick and tapped it into the bottom right corner! This goal put us back into the lead in the dying moments of the game, and we all cheered! As a team everyone performed spectacularly. William S