A busy week for netball, with three great match reports below.

Russell House vs Steephill: Form 7 and Form 6 girls had a netball match against Steephill School. We won both of the matches with outstanding performances throughout the court and some great teamwork. After half an hour of matches, we all enjoyed a much deserved match tea. Special congratulations to Megan, who made some amazing goals and our player of the match, Ella M. We all had a great time and would like to thank the teachers for umpiring and supporting us throughout the afternoon. Emilia

U11/10 vs Steephill: Russell House U11/U10 A team played against Steephill School. We all played extremely well as a team which was reflected by a score of 16-4 to Russell House.  We all enjoyed playing different positions and many players scored lots of goals when they were given the opportunity to be a shooter.  Our passing of the ball was quick and our defence was very strong.  It was a great home match which we all enjoyed. MVP was awarded to Dorothy. Annabel

U9 vs The Mead: On Thursday 3rd March, the U9 Netball team played against The Mead School. We played against both of their teams, with the first game being very close and us narrowly losing 6-4, but then we came back in the second game, winning 6-0. The team played very well, with us all working together and contributing. Issy and Annabella were named players of the match. Well done to them. We finished with a scrumptious match tea, well done Russell House U9 team! 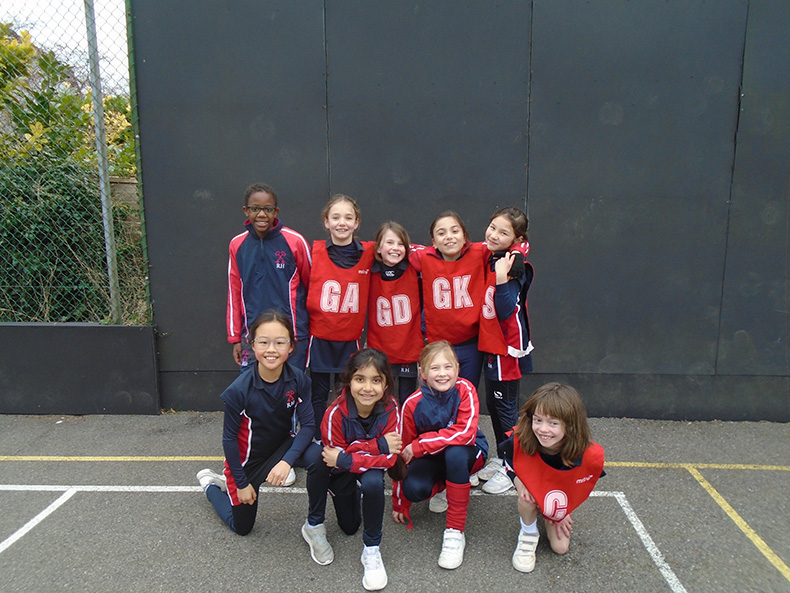