This week brought matches against King's Rochester and Steephill School. 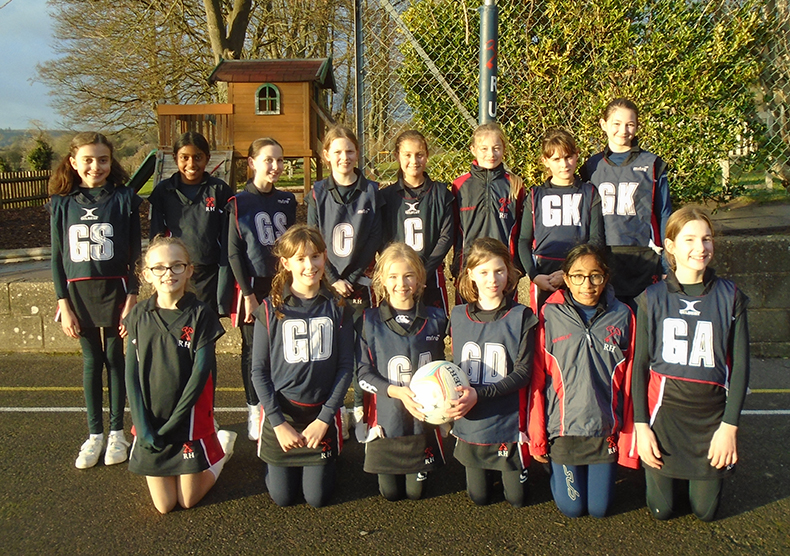 U11/U10A v King's Rochester: We won 19-2 and we all felt we did extremely well. We made lots of great passes throughout the court and this was finished with some fantastic shooting from lots of the team. Lexi, Eva, Dorothy and Annabel scored the majority of our goals. Madison got two goals as well, and worked hard in the mid court, with Martha and Ella R. Everyone was excellent at intercepting, with Charlotte and Dorothy stopping lots of goals and making sure we kept our goal lead. Our passing was very fluid down the court. We really enjoyed ourselves and had a great match tea afterwards. Dorothy was named player of the match. Madison

U11/U10B v King's Rochester: It was a very close match with a score of 10-11 to Russell House. We had some great shooters, Scarlett and Megan, who were scoring amazing goals along with Varsha. Ella M was very good at passing the ball higher up the pitch. In the second half it became harder, but we kept working hard and well together. The score was 6-4 going into the final quarter. With minutes to spare, Scarlett scored the last goal to take us to a win of 11-10. A great performance by everyone and a real team effort. Megan was named player of the match. Varsha and Megan

Russell House v Steephill: Eight Form 6 players went to Steephill to play a netball match. We ended up playing two matches, where we won one and lost one. The score of the match we won was 6-3 and the one we lost was 6-2. Scarlett, Maia and Kayla intercepted a lot of balls, whilst Dakota, Niah and Connie were excellent in the mid court and Emily and Amber were amazing shooters. Overall, both teams played amazingly well and after that a delightful match tea finished off our day. Amber was named player of the match.