Following on from our recent work on doubling, this week the children have been doing a lot of work on halving. 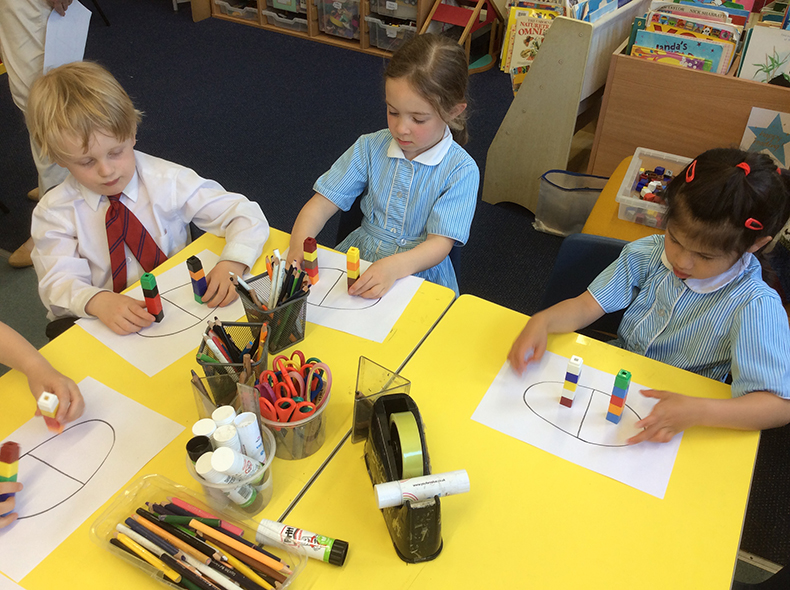 It is always important to start with the physical and practical in maths and therefore the children have cut all different shapes into halves before sticking them back together again. They have also coloured half of various shapes and lots of thought had to go into colouring half of a cake that had some slices missing. We then moved on to halving actual numbers and again the practical side of this was tested by building towers of blocks and then halving them. They checked their results by measuring the tower halves side by side and if they matched, they had got it right. Through using physical resources, some children even began to see the correlation between doubling and halving. A lot of thinking was had when asked to build a tower of three and then halve it. Some then realised that some towers could not be divided into half as one block would always be left over. This led us beautifully onto learning about odd and even numbers as children realised that in even numbers each object had a partner but in an odd number there was always an odd one left out. 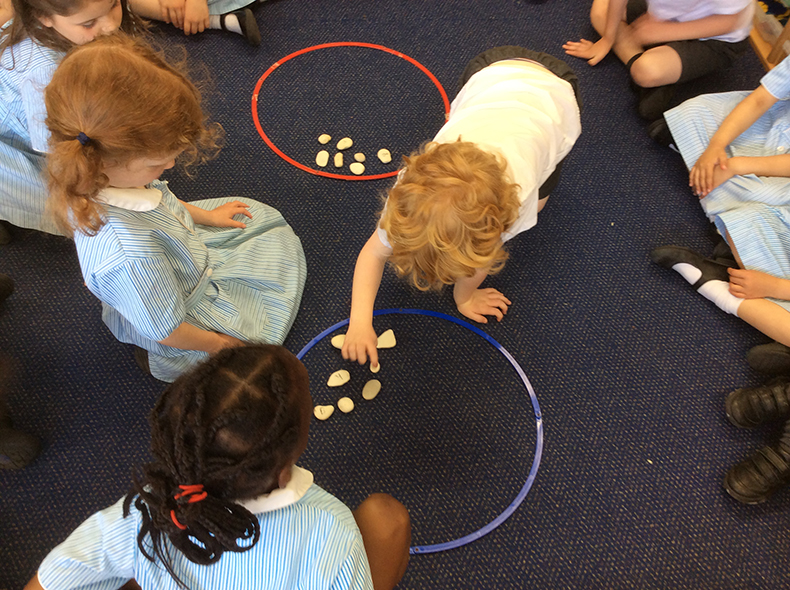 Continuing with the theme of dividing numbers into two by halving, the children had a go at sharing out different quantities of objects between two, three and then five people, which proved to be tricky but possible. Picking up on children’s sense of fairness that everybody should have equal amounts helped them tremendously and they could be heard chanting one for you and one for you, and so on. After trying practically with sweets disguised as pebbles, the children went on to work with problems on paper.

Using the characters from the book Handa’s Surprise, the children had to share out twelve paper bananas with three monkeys which they all managed very competently.  Without realising it, the children have begun to understand the concept of division! For a bit of fun and a lot of learning, we asked the children to fold an A4 sheet of paper into half and then half again and again and so on. They were quite surprised to find that no one could fold the paper in half more than six times. After a quick reference to Google, we discovered that the maximum number of times that a sheet of paper can be folded is usually seven.  I suggested that they challenge parents to have a go and perhaps have a little bet on the outcome.