Form 6 had a fascinating trip to Herstmonceux this week. 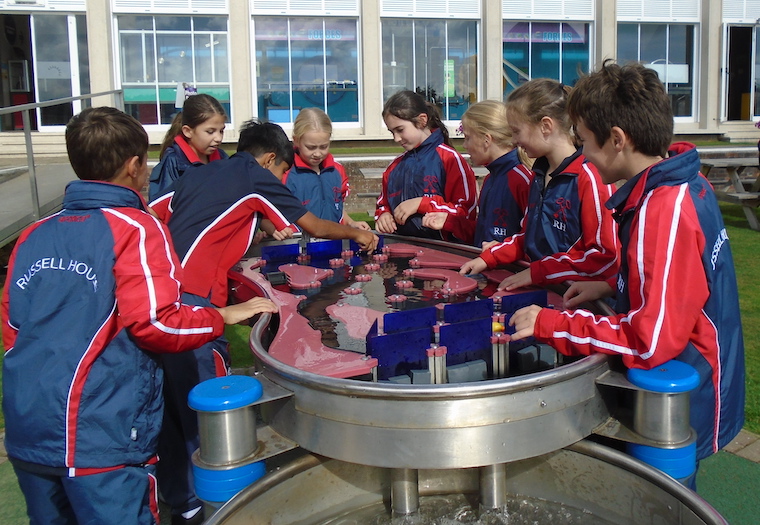 On Monday the Form 6 children went to Herstmonceux on a science trip. There was a water activity and some of us were transporting water around a circuit, which had different machines. There was a pump that we had to pump the water through by turning a wheel. Next there was an Archimedes Screw, which we had to push and the water went down a slope. Baskets then gathered the water and turning a handle made the basket go up and then the water went into another basket. A lot of water went into the basket, which eventually tipped and transferred the water into more baskets.

We went outside and there were plenty of activities to do. There was a balance board, where up to eight people had to balance at the same time. There were ladders that twisted that we climbed up, which was tricky - and even more so because it had been raining. There was a large slope with a giant, golden ball that had bells on. We had to roll the ball down, which made a tune.

We all had a workshop and a tour of the telescope. In the workshop we learned about the sun, the moon and the Earth. There were polystyrene balls on sticks, which represented the moon. One side was black and the other side was white. We had to put them into position where the sun was reflecting onto the white side and all eight were positioned around the Earth. We learned that the white side had to always be facing the sun.

I enjoyed the outside activities the most. We had so much fun and the trip was amazing. Summary by Isabella