Pupils took part in a contest to design a hotel on the moon at the site of the Apollo landing. 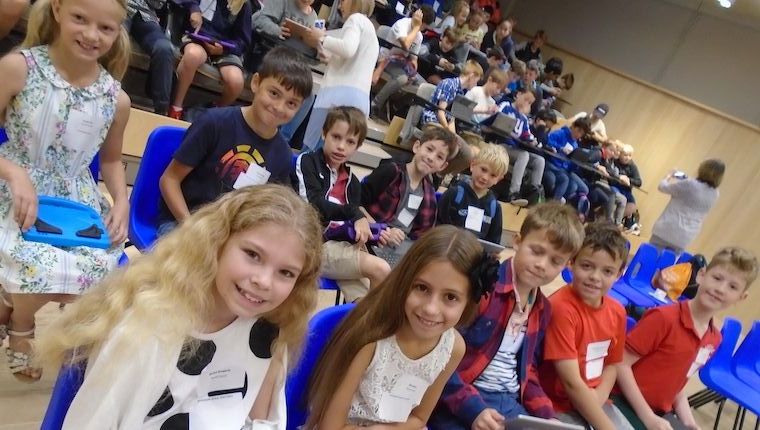 Pupils from Russell House attended the regional Interschool Galactic Challenge hosted by Sevenoaks School last weekend. The challenge is the brainchild of the UK Space Design Competition (UKSDC), a science and engineering competition designed as a simulation of life in industry for students in Years 10 to 13.

The UKSDC aims to enable students to experience the vast potential and valuable opportunities available through future study, or even a career, in STEM (science, technology, engineering and maths). This was their foray into bringing their programme to younger children. 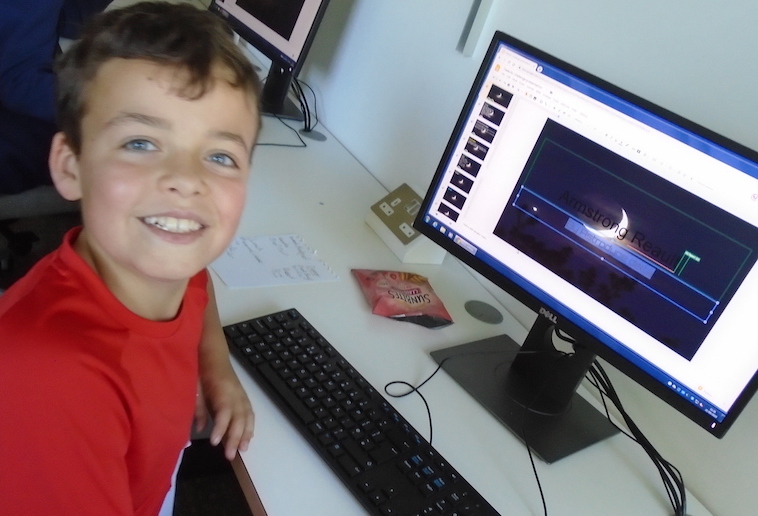 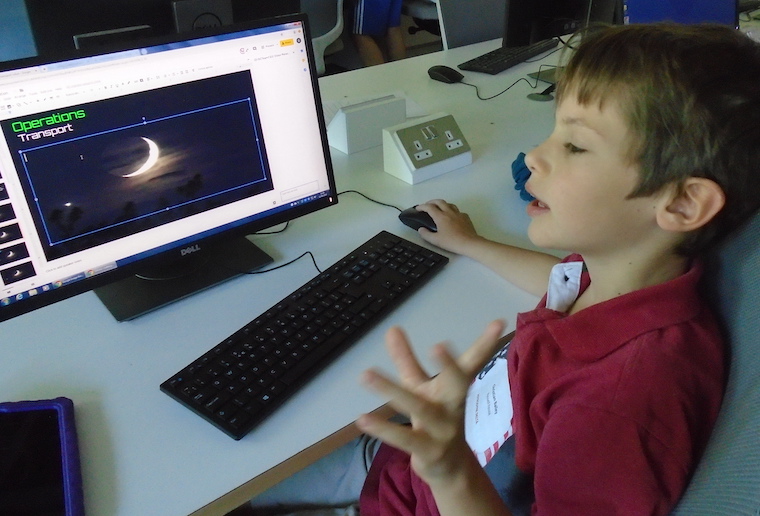 The Galactic Challenge was open to Years 5 - 8. Russell House was the only school to bring pupils as young as Year 5.

The 10 pupils attending from Forms 6 & 7 were randomly selected, having their names drawn from a hat. At the event, they were put into teams of mixed schools and ages. Their challenge was to design, cost and pitch to build a hotel on the moon at the site of the Apollo landing. The scenario was set in 2069.

Two sixth formers, who had previously enjoyed success with challenges set by the UKSDC, were in charge of each team. The teams then voted for leaders for each sub-division. Isobel was Operations team leader in her group and had to manage pupils older than herself to get the tasks completed by the deadline. 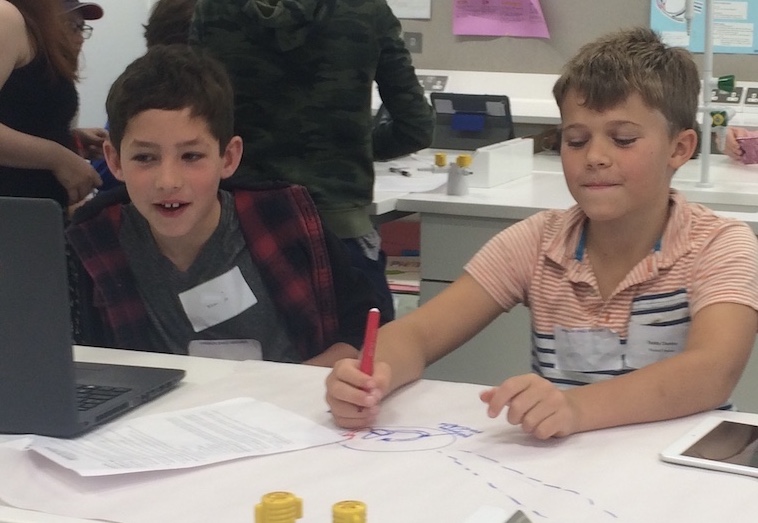 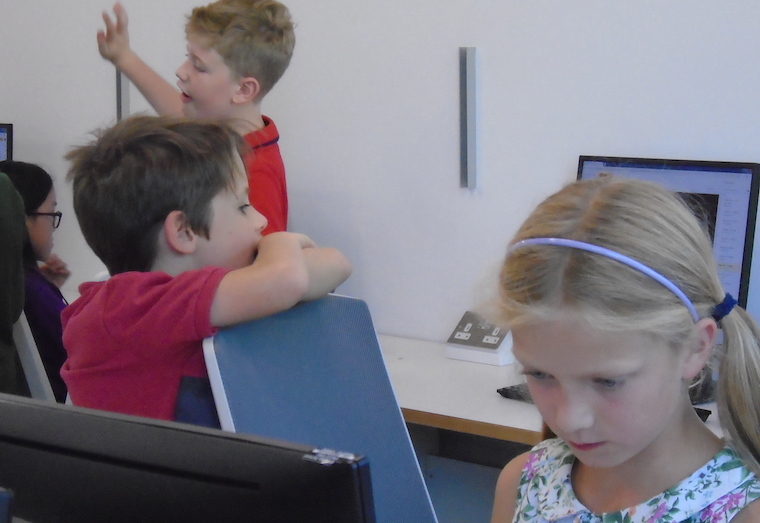 Pupils were asked to come up with solutions for a whole range of problems they would encounter building a hotel on the moon, from the preservation of the Apollo 11 landing site to providing water and entertainment for guests. They had to consider the impact of the reduced gravity, as well as that infamous jagged moon dust.

A well-earned lunch was enjoyed by all before noses were quickly back to the grind stone. Presentations had to be made and perfected for a large parental audience at 3pm. Bardot handled a questions from the judging panel about robots she had not even designed with aplomb and conviction. Sam did much of his team’s presentation single-handedly. When you consider each team had around 20 pupils, it is a demonstration of enormous confidence and bravery to take the microphone. 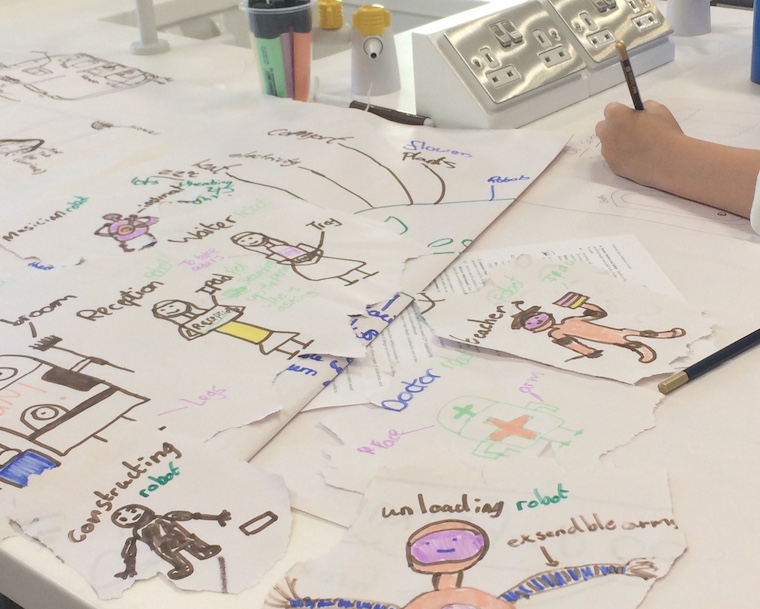 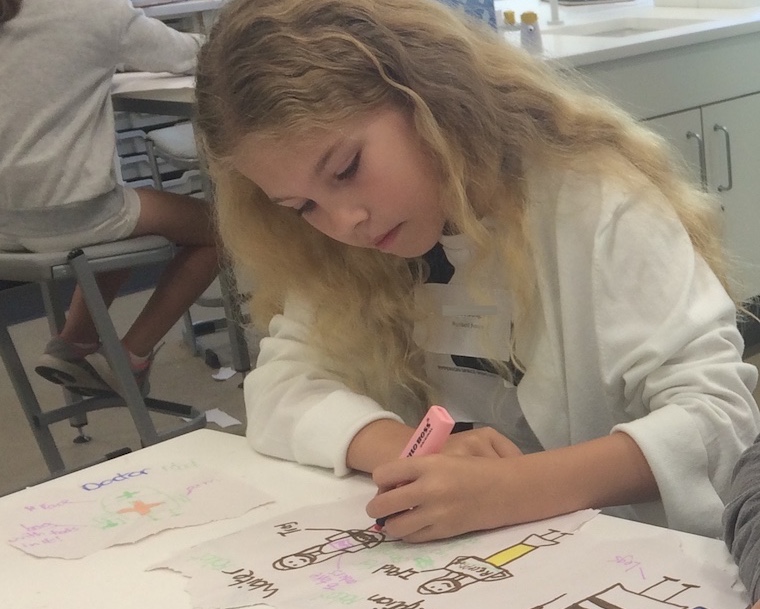 In the end it was the Hyperion Space Adventures team that won the competition, containing Teddy, Bardot and Dylan, but I was immensely proud of all 10 pupils. They worked incredibly hard all day, on an exceptionally challenging task. They kept up with students older than themselves and did it with a smile. Excellent work Russell House!