Put on your sorting hats

Form 2 have been sorting items based on materials. 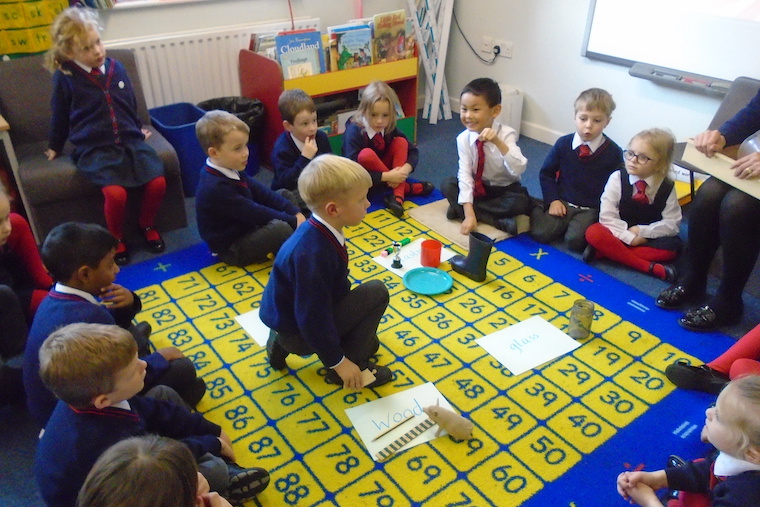 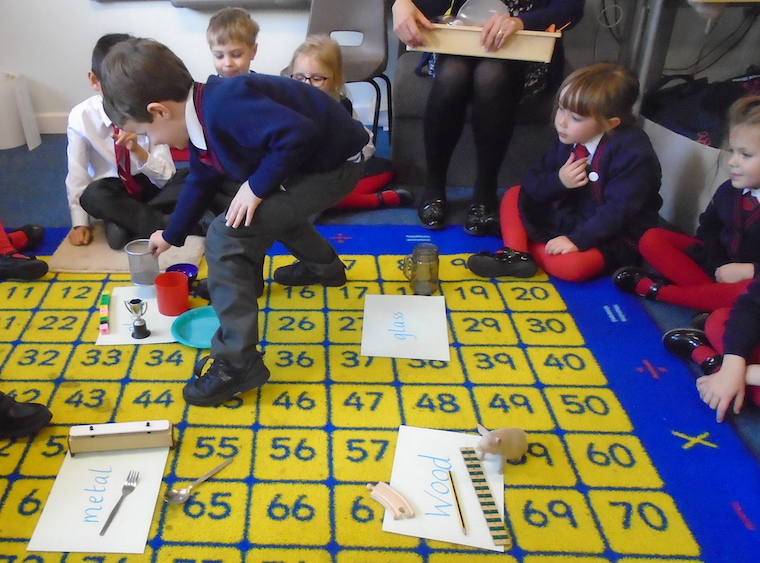 In Science, Form 2 sorted lots of different materials that had been collected around the school. They had to decide if the object was mainly glass, metal, plastic or wood and then place it in the correct group.

In Mathematics the children are continuing to work on time - o’clock and half past - and are beginning to use the clock in the classroom. Yay!

We have discussed hours in a day, the days of the week and the months in the year. They have also been doubling numbers using dice and they thoroughly enjoyed playing the doubles game on the interactive board.

In English the children wrote a colour poem using adjectives. They listened to a colour song to help them think of lots of objects they could use in their poems. They have also been writing and acting out a story which is similar to the Three Billy Goats Gruff. In this story they changed the characters and the setting to create their own version.