Form 4 enjoyed a workshop where they made fascinating discoveries about rocks. 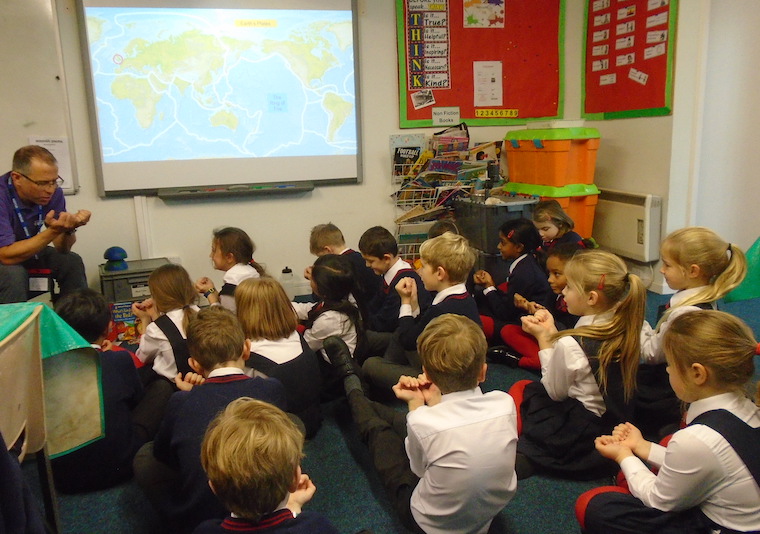 Form 4 had a very interesting and exciting visit this week from Horton Kirby Environmental Centre to teach them all about rocks.

Once they'd established the importance of rocks to our everyday life, they looked at the earth's layers and made plasticine models to show the various layers.  They also used plasticine to model the Earth's plates and thought carefully about how the movement of these plates causes the formation of mountains, earthquakes and volcanic eruptions.

Next they looked at various rocks, using classification charts and microscopes to help identify them. 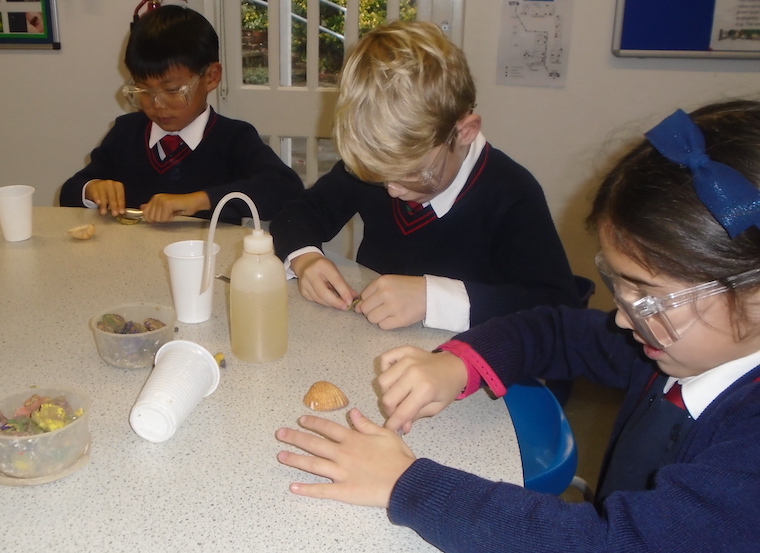 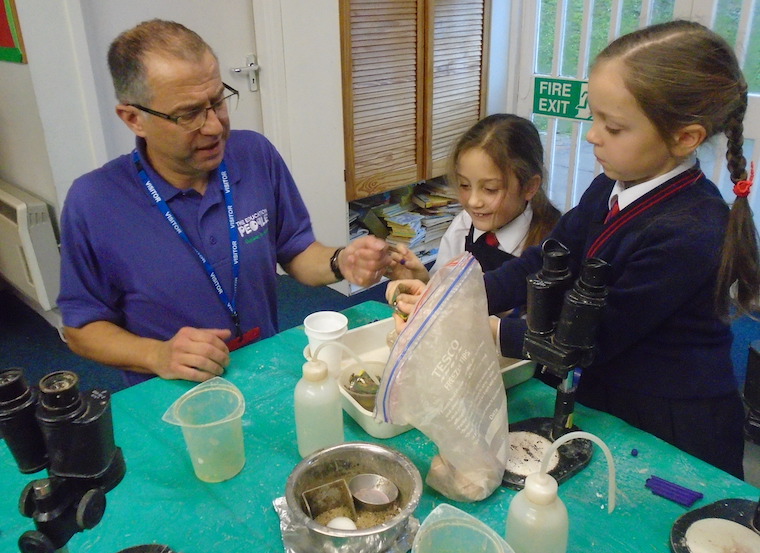 In the afternoon, the children learnt how sedimentary rock was formed and made their own models by filling tubing with sand and washing away the particles as rain would do. They also made a couple of plasticine dinosaurs to show how fossils form in sedimentary rock.

After that, it was off to the science lab to make their own fossil using a seashell and plasticine to make a mould. The children then carefully mixed some plaster, poured it into the mould and waited for it to set.

Finally it was time to recreate volcanic eruptions. The children had great fun waiting to see whose lid would pop off of their plastic container after mixing effervescing tablets with a small amount of water and sealing the pots. 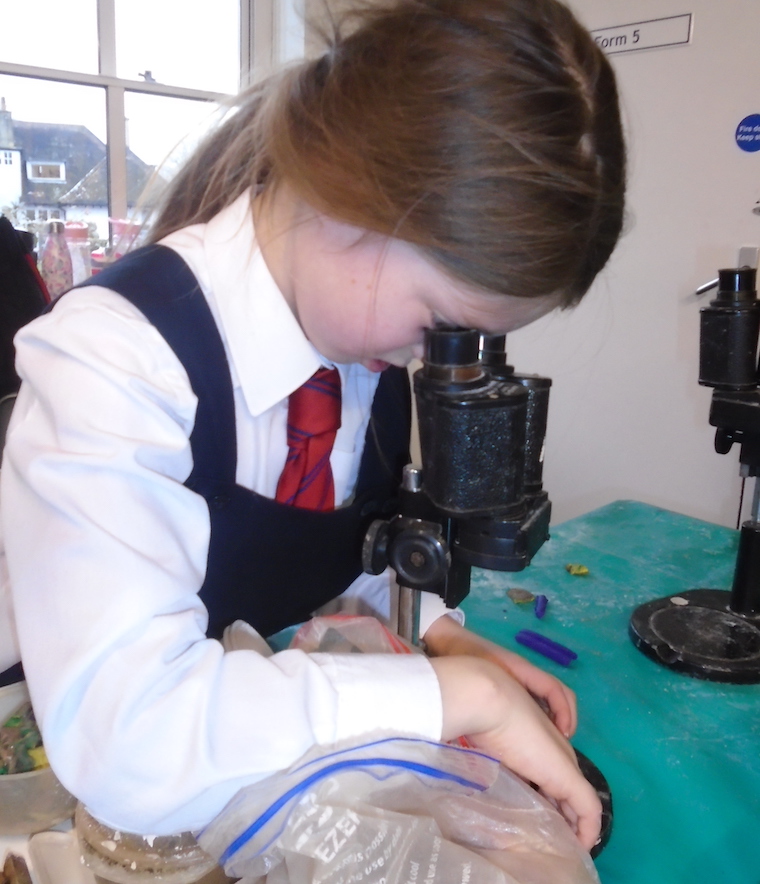 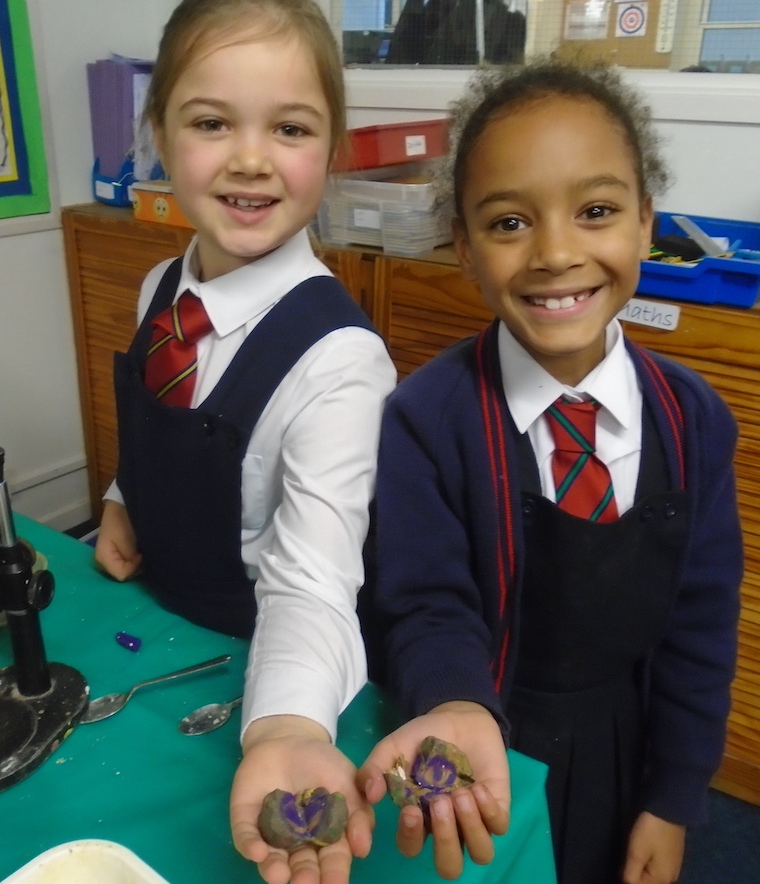