Into the Valley of the Kings

Form 3 were transported to the Valley of the Kings this week. 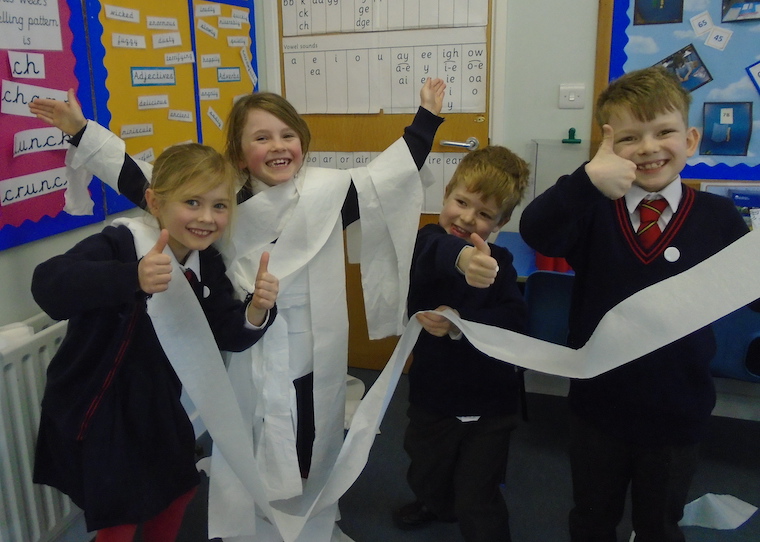 With our Humanities topic of the Ancient Egyptians coming to an end, Form 3 had a chance to draw together their knowledge and understanding of the topic by exploring The Valley of the Kings and Tutankhamun’s tomb. On Wednesday afternoon, the children entered the classroom to discover they had been transported back in time to 1922 and the discovery of Tutankhamun's tomb by Howard Carter!

They explored the tombs, found artefacts which they carefully observed, designed a death mask and wrote diary entries in the role of Howard Carter. The afternoon concluded with a team building challenge where the children dressed their friend as a mummy within a specified time. The children worked effectively together and created some very impressive mummies.

In Maths, Form 3 have been developing their knowledge of measure and learning how to read a variety of scales using different increments. They put their problem solving skills to the test tackling real life word problems and identified which mathematical operation was needed to find the solution.

In English Form 3 completed their extended stories. They have worked hard on imagining their own characters and plot line while using literary skills such as dialogue and figurative language to paint a picture for the reader. They have been mindful that they are writing for an audience and incorporated various sentence starters to add interest and avoid repetition. The stories have been an absolute pleasure to read and the children are developing into accomplished story tellers.

Form 3 have worked very hard this half term and I wish them a well-deserved half term break.