What an experience awaited Form 6 when they found themselves in a Victorian classroom! 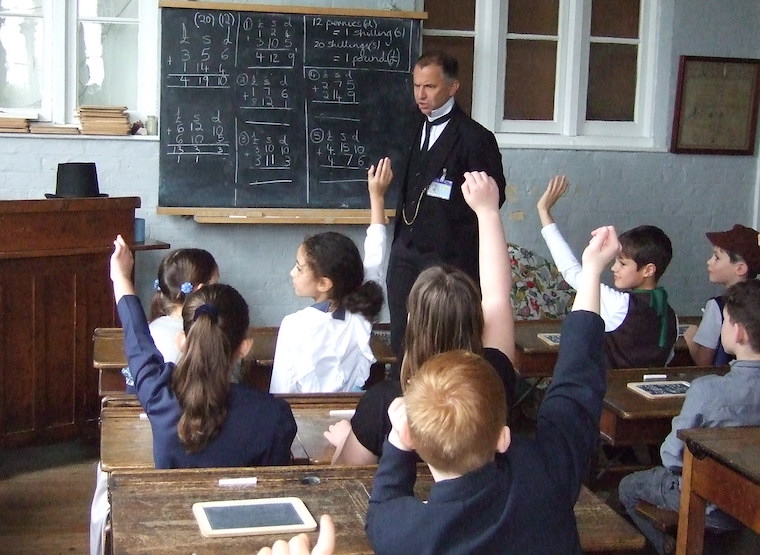 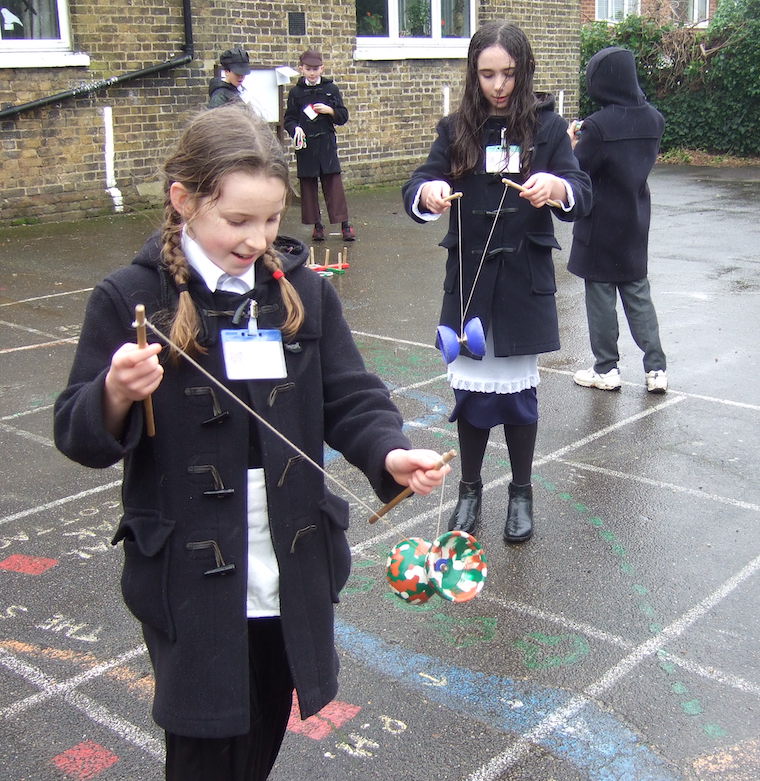 This week, Form 6 went to Horton Kirby on a Humanities trip with Mr Dawes. Here are some of their highlights:

"At Horton Kirby my favourite part was being taught like a Victorian child and seeing how they were really taught. We were given a tag with names and were pretending to be those people. I was Harry Johnson and I had a sister called Ada Johnson."

"I was Charlie Taylor who lives on a road next to school which has very bad sewers and made the whole place smell. My brothers were Joe and Benjamin Taylor. We played with Victorian playing equipment and I tried a spinning top, a hoop and stick and a diabolo." 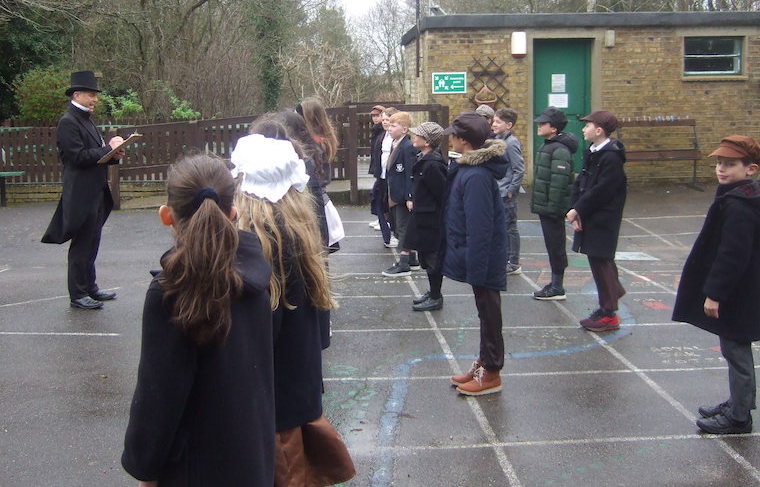 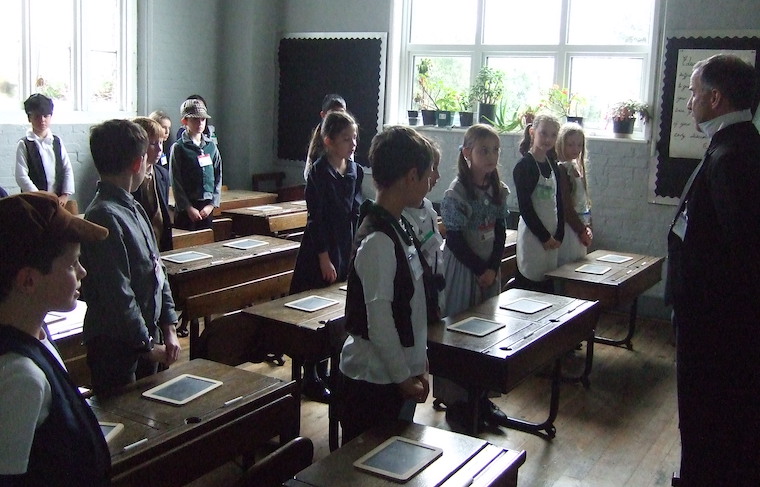 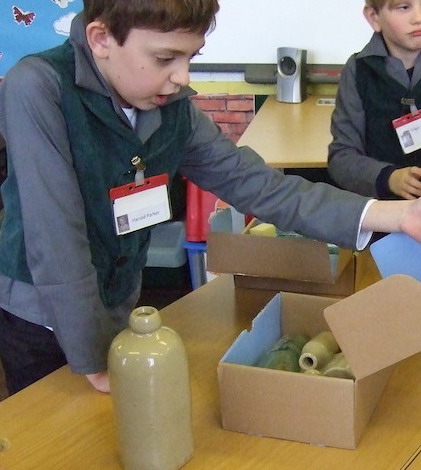 "We played Pooh Sticks. We had to throw sticks in the water and whoever’s stick came up from under the bridge first, won. After that, we played some Victorian games and I played marbles, where you draw a circle and put a marble in the middle. Then you have to hit the marble and if you don’t hit it you put your marbles in the middle of the circle. I won!"

"First, we did some drills to warm up and walked around the village looking for clues (pictures on paper). Then we played some Victorian games such as skipping and marbles and were given our name tags. I was called Jessie. We also had a Victorian lesson. It was very strict. We had to copy everything on chalkboards and had to chant some things."