Review of the year

Mr McCarthy celebrated a year during which the whole school community rose to the challenge of new ways of learning and teaching in his virtual Prize Giving address. 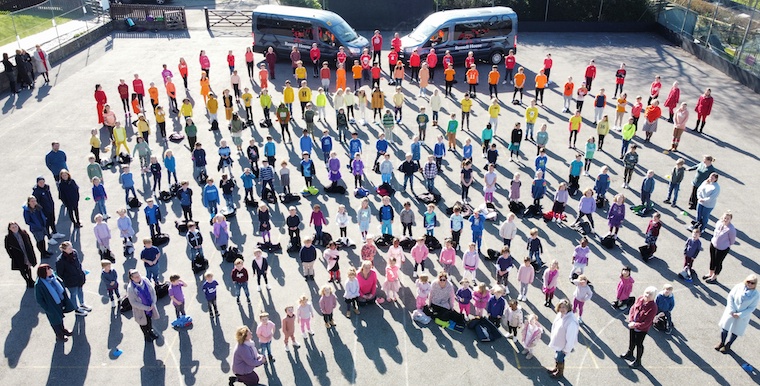 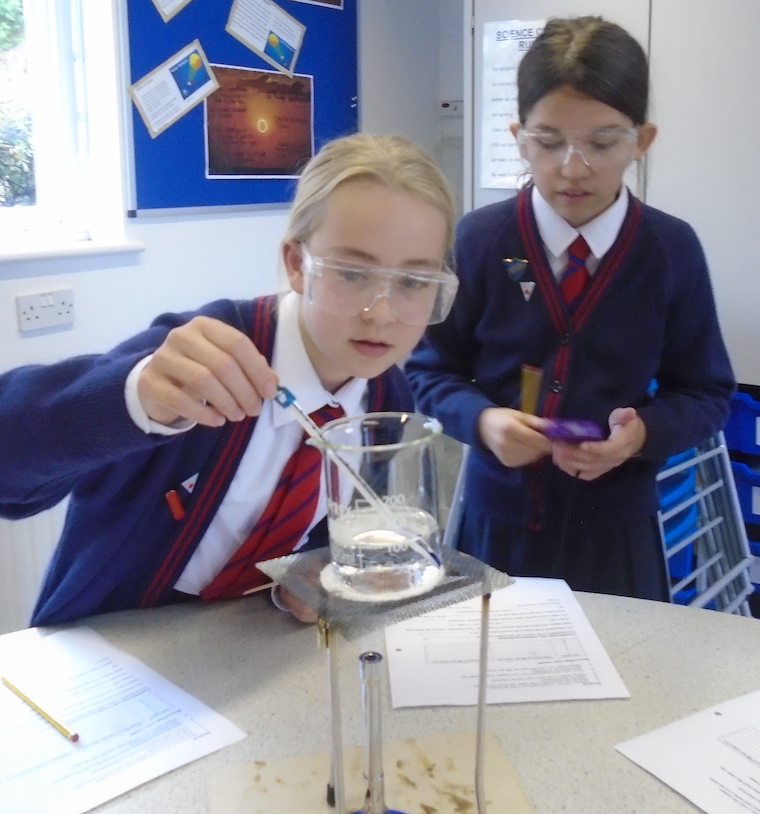 The academic data collected in the early part of 2021 strongly suggests that, in the vast majority of cases, our children made expected, or better than expected, progress. There may be talk of ghost or lost generations in the world at large, but Russell House pupils will not be a part of that.

The best confirmation of this is our destinations list for our leavers in the Covid era. 87% of the year group gained entry to their first choice school. In addition to the selective grammar schools, our pupils were offered places at Sevenoaks, Caterham, King’s Rochester, Walthamstow Hall, Kent College Pembury, Radnor and Bethany. Among these offers, our pupils held an academic scholarship, two all-rounder scholarships, two Music Scholarships, a Performing Arts scholarship, a King’s Choristership and a Drama Exhibition.

The lockdowns revealed the true nature of all schools because when pupils have no choice and are forced to learn at home, what is laid bare is the beating heart of every school: the people that work there every day. Sweeping drives, grand facades, swimming pools and oak panels fade into the background.

Our approach to teaching, learning and wellbeing has been under - and has withstood - the closest scrutiny.

What I know is that Russell House is blessed with a team that is tough, adaptable, resilient, thorough and caring and I make no apology for thanking them again publicly for their unequivocal support and delivery of the vision.

The English Department was not daunted by events and maintained its momentum, both online and in school. Book Week was enjoyed by all and, even though many of us were taking part from home, the costume efforts were excellent and all the Main School pupils took great pleasure in the House Book Quiz. 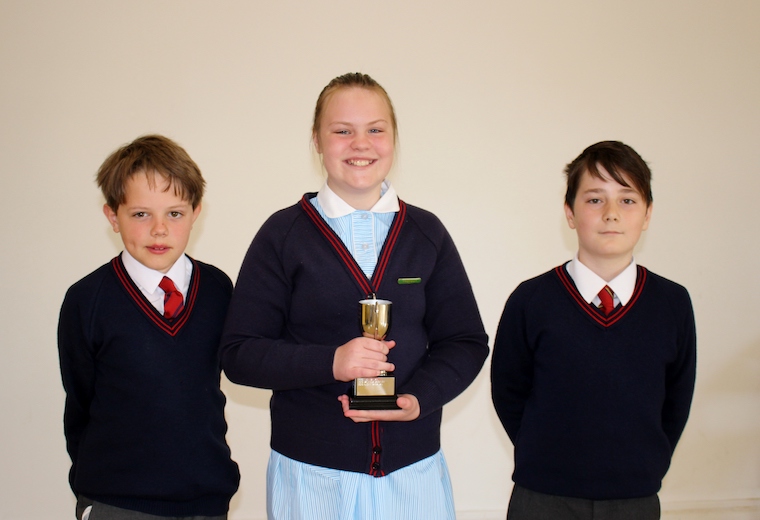 Once back in the classroom, Form 7 demonstrated their maturity in the Public Speaking Competition, devising and presenting speeches on the topic of The Big Questions. The children researched and discussed topics ranging from dog theft and racism, to global warming and the impact of the pandemic on our lives.

Less serious, but no less fun, the Pyjamarama Day put a smile on everyone's faces, and we raised in excess of £400 for the BookTrust, which funds library schemes for disadvantaged children. 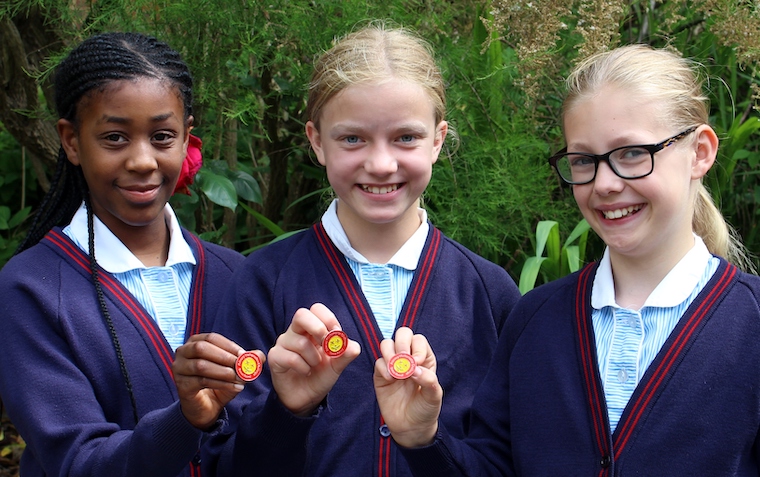 In Maths, our senior years took part in the highly competitive national Primary Maths Challenge. Three children were selected to go into the finals and all three went on to secure medals – two Bronze and a Silver. Our Accelerated Maths programme moved entirely online and many rose to the challenge, with a pupil in Form 6 gaining his Gold Award and then going on to set a new Russell House record by mastering more than 150 objectives to earn his Platinum Award, and still found time to bag his Diamond Award; a truly outstanding dedication to mathematics.

Modern Languages are very important to us at Russell House and this year has seen further welcome development of the department. There have been ambitious online events with secondary schools and the expansion of our clubs to include Mandarin and German with a refreshed Spanish provision lined up for September.

Additionally, this headmaster for one, cannot wait for the return of the Christmas trip to Lille and the Form 7 camp to France in a post-covid world. 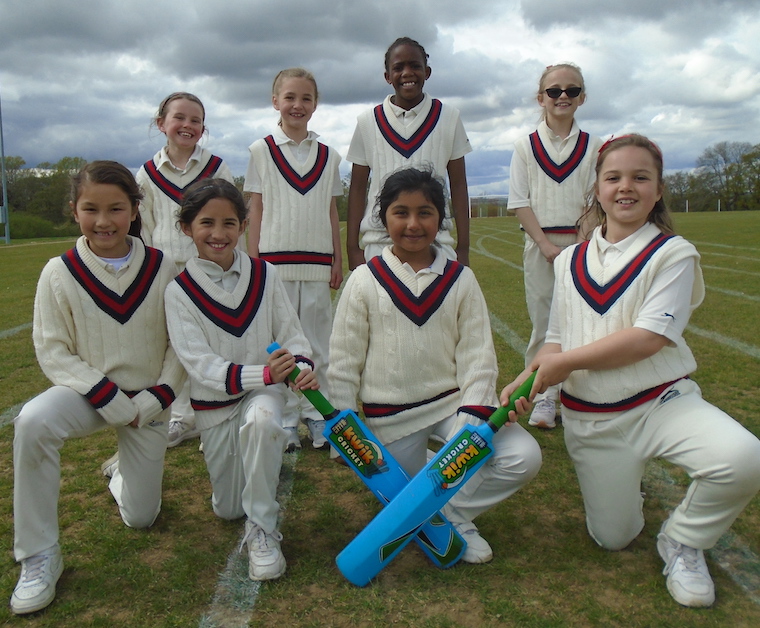 Keeping active throughout the year has been of paramount importance in ensuring that basic levels of fitness and wellbeing are maintained. Online and in school physical challenges guaranteed this and, when measured, the children were able to see that, in terms of energy expended, they could have run seven marathons, or - my particular favourite - climbed Ben Nevis six times over.

Fixtures with other prep schools have been scarce, despite our willingness and readiness to comply with guidance, but we were able to satisfy our need to compete with regular inter-house competitions across our major sports; Johnson took the football, netball and cricket titles, while Nightingale and Cavell won the hockey and rugby competitions respectively.

Cricket and athletics did provide opportunity for near normal fixtures to return and our girls teams - an innovation which Russell House has led locally - were particularly impressive. Forms 4, 5 and 6 competed in an inter-school athletics event. The Russell House athletes were outstanding, achieving seven gold medals. 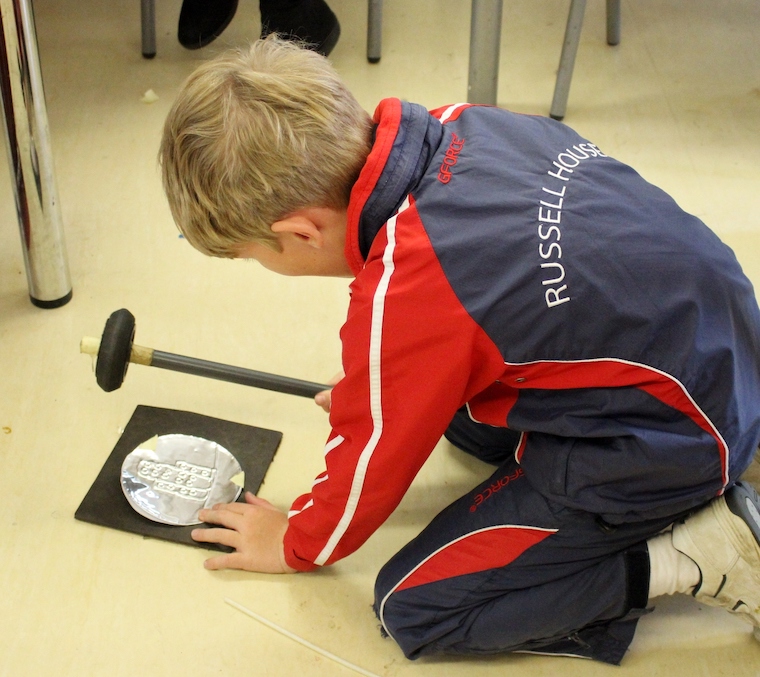 It has been a memorable year for everyone, not least in the Art Department which has been extremely busy with outdoor photography, observational drawing and colourful collage projects. The highlight was the embossing workshop, where pupils used their newfound embossing skills on an aluminium disc which together became part of an enormous sculpture based on Antony Gormley’s Angel of the North. I am informed that our sculpture is called Silver Wings and will go on public display in the Autumn. 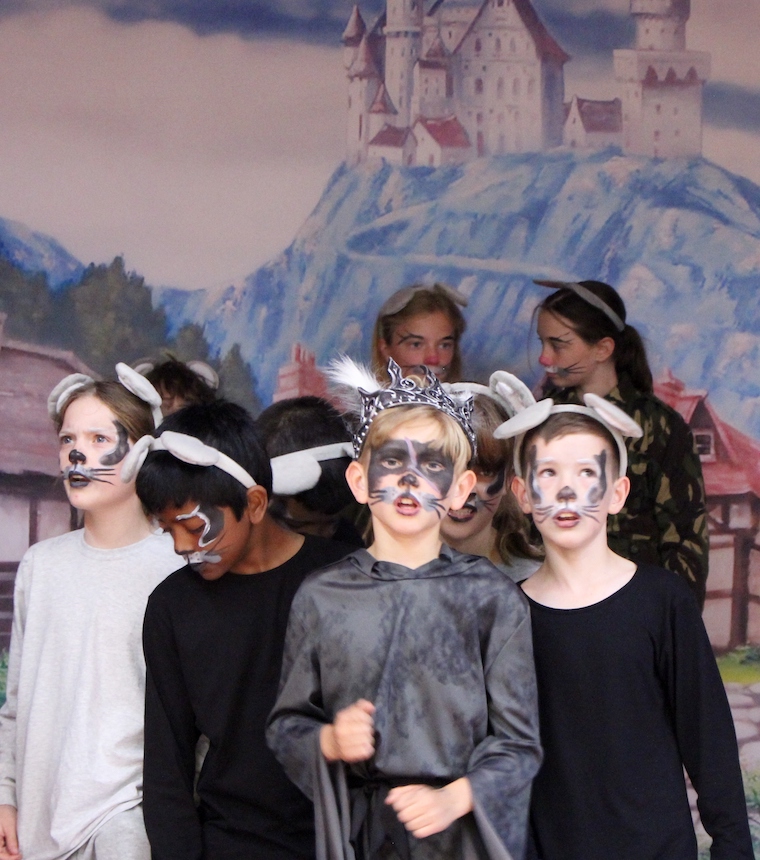 Music has always been a core strength of Russell House and in recent years we have enjoyed the highest levels of inclusivity. From the many events shared online this year, you can see children perform at every stage of the school and to a very high standard in concerts, music assemblies and theatrical productions. It’s no wonder then that our Orchestra boasts up to 36 members performing a wide array of pieces from varying genres.

Not to be outdone, our Chamber Choir enjoyed numerous recorded performance opportunities throughout the year. The jewel in the crown was to win the U11 School Choir section of the Three Arts Festival with a distinction. 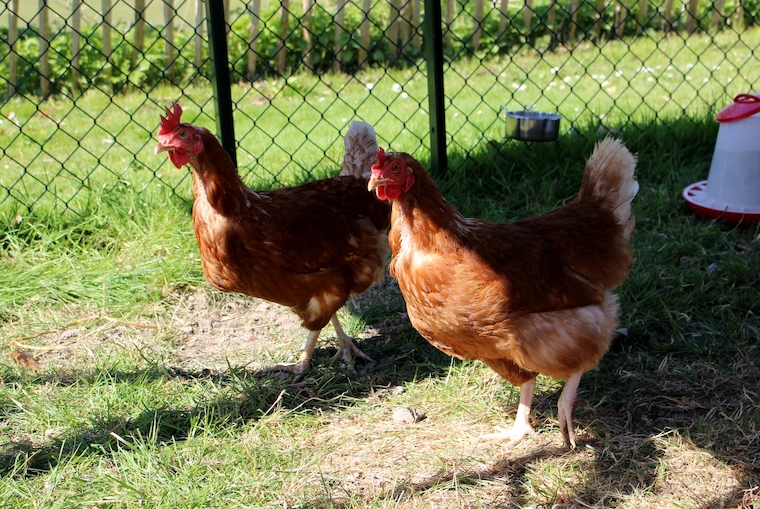 We have come a long way as a school in reducing our carbon footprint, turning to green energy providers and cutting waste wherever we can. Vitally, the pupils have been engaged throughout and the school eco-committee, comprising a range of volunteers across the school, have triumphed, energising the whole community to seek greater opportunities for sustainability.

I am delighted to report that the chickens finally arrived and, sporting names that include Luke Skyclucker and Attila the Hen, our pupils have been living the Good Life, collecting eggs and selling them for charity to a very willing audience. Tomatoes and radishes are ready and, I understand, potatoes are looking good for Autumn. 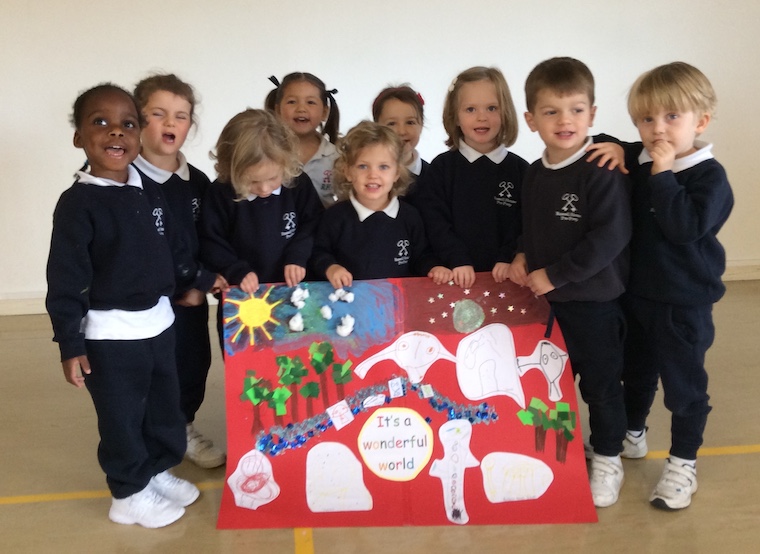 Never too old to learn, the children introduced this Headmaster to terracycling. For those of you who don’t know, this is basically the recycling of everything that we think we cannot use mainstream recycling for, such as foil crisp packets. The pupils are also working closely with the RHPA, to ensure that events are made as sustainable as possible.

The reward for all this hard work? This year’s Eco-committee secured the richly-deserved award of the Green Flag.

Now, we are recognised as part of the Eco-Schools community, an internationally recognised achievement for some 20,000 educational institutions that actively promote sustainability. This is no mean feat and requires thoughtful planning, commitment to seeing projects through and meeting challenging targets.

Our partner school in Ishma, Nepal was similarly affected by the pandemic and as you might expect, they are far from being advanced in their vaccination programme. Indeed, as I write the school is closed once more. Everyone there, and at United World Schools, are very grateful for all that we continue to do to help. The 180 challenge, as part of the HappilyEverSmarter campaign has seen our donations doubled by the UK Government and so an especially big thank you to all who took part in this. 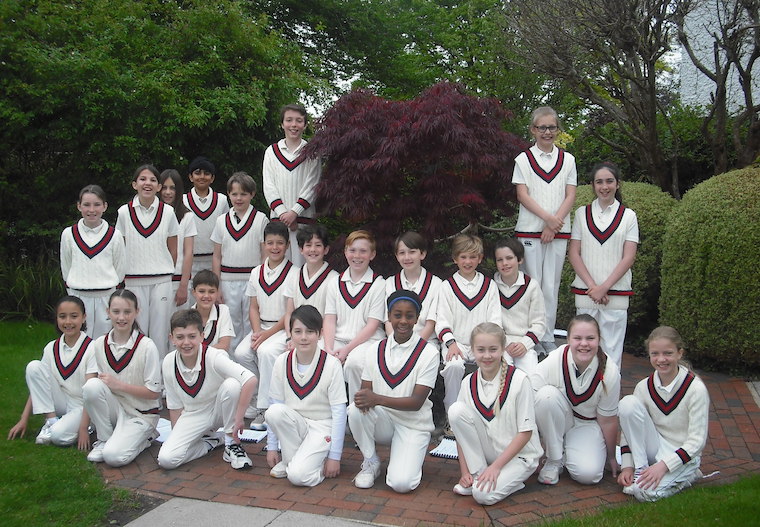 A word now about our Leavers. In many ways I envy this year's crop of Leavers. Learning online, they have been forced to develop self-motivation and self-study skills that are normally the preserve of GCSE and A level students. Some good therefore has come out of the pandemic learning experience and we look forward to exploring and investing further in teaching through technology. The fourth education revolution is upon us and artificial intelligence, virtual and augmented reality is making its way into our schools.

I very much want to thank this year’s crop of Leavers. They have been excellent company throughout, but especially during the filming of Maurice, at Chessington and at Camp last week on the Norfolk Lakes. They have been dragged and pushed out of their comfort zones on each of these occasions and what stood out for me is their ability to unite and support each other when the going got tough.

With the sound of Hector singing Sweet Caroline in my ear and the image of Maisy’s funky chicken impersonation in my head, I want to give you some advice. That is, to take what you have learned about yourselves as individuals while at Russell House and build on that platform, secure in your knowledge of yourself: what you can and cannot do, that it is twice as important to be a good listener than a good talker and to be the best version of yourself at all times.

Being a young adult in modern times is challenging, and you will be faced with decisions shrouded in peer pressure but if you are true to yourself, you will navigate your way successfully.