This week has certainly been awash with water - if not with rain, then with water in the classroom! 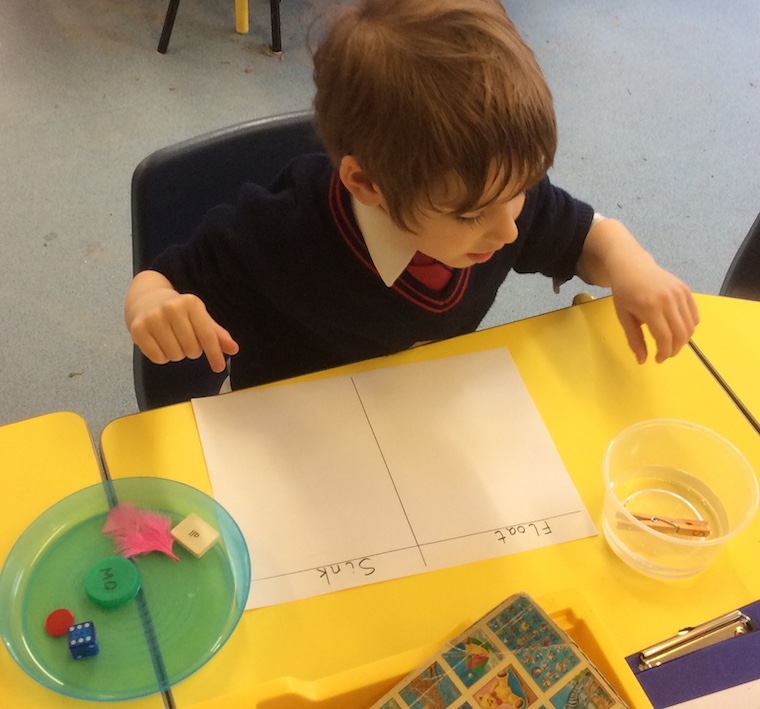 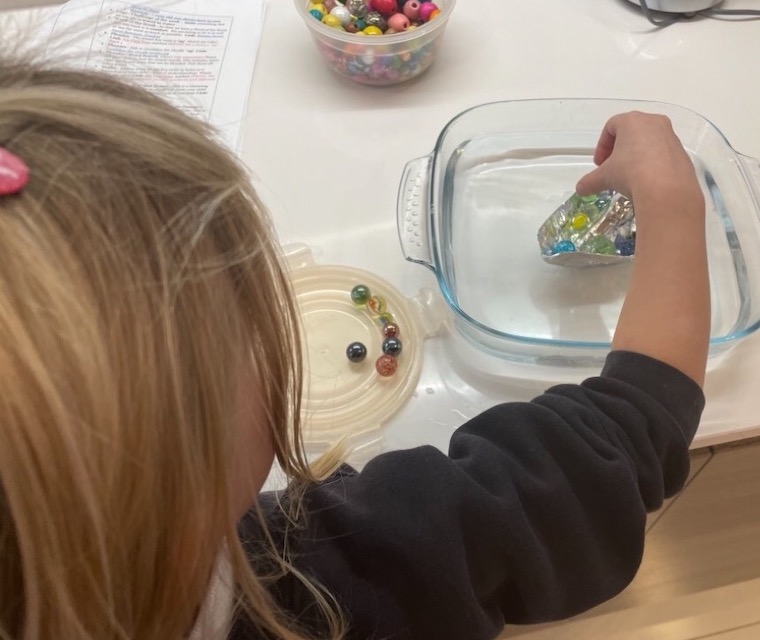 Experiments to find out what floats and what sinks, as always, gave surprising results for the children compared to their original predictions. It's so much better to do these things rather than just talk about them.

We have also enjoyed seeing the photographs of the experiments carried out by the children at home, which included making a silver foil boat to see how much cargo it could carry and also making a ‘hovercraft’ that actually worked!

The topic of travel and transport on water has included finding out about submarines, sail boats, rowing boats and even punting boats. A much-loved book, Mr Gumpy’s Outing, which involves a boat full of animals that is punted down the river, was read, then drawn and finally written about. 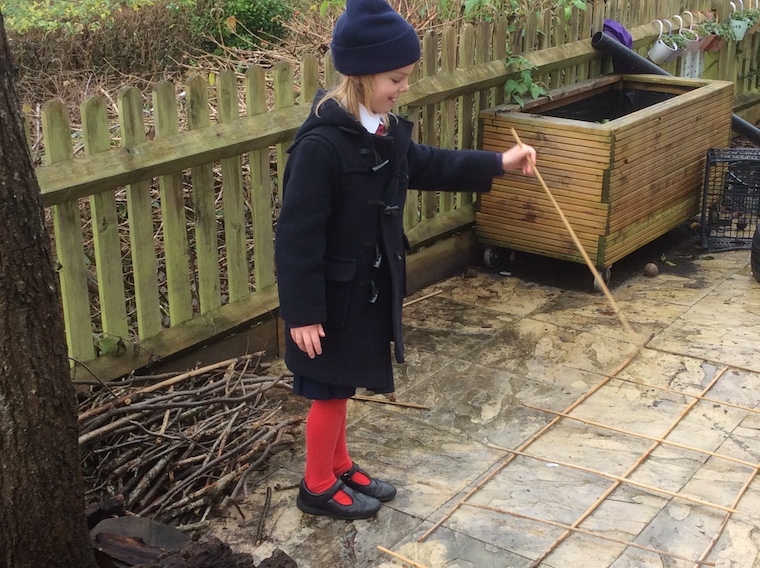 Outside the classroom, the children have been using bamboo canes and also sticks on the paddock to create ‘ten frames’ which were then filled with natural materials which included stones, twigs, leaves and even a few flowers. As always, greater understanding occurs when a child (or an adult) is involved in a ‘hands on’. The children worked in teams and had to decide how many sticks and how long they should be in order to create their ‘ten frame’. It involved a lot of trial and error as well as foraging to get the right number of frames, but now I am sure they will all have a greater understanding which they acquired whilst having a lot of fun!

The children always love playing with the jigsaws and often work together to achieve success. They have also been very successful at ordering words to form a sentence that makes sense with a full stop at the end.

This week was Form 1’s assembly and they all took it in turns to stand up and talk about something they had made or achieved this term. I am always delighted to see the children’s confidence take a boost when they stand up in front of everyone and say a few words. Well done to them all.