Mrs Carn presented Form 6 with a tricky challenge this week. 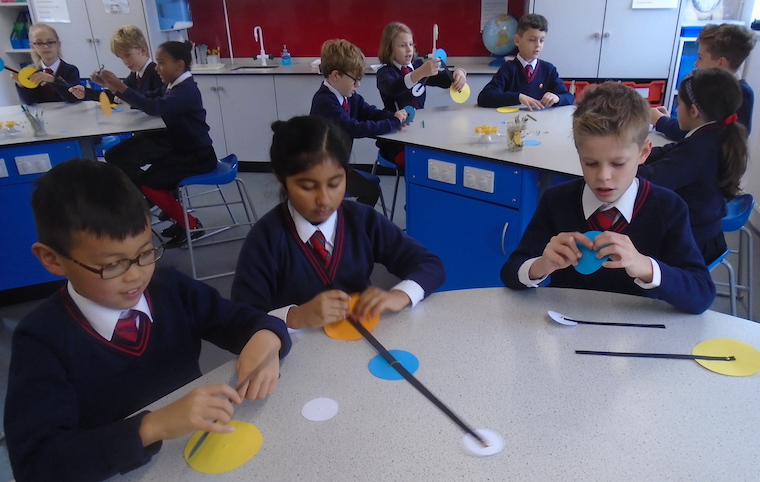 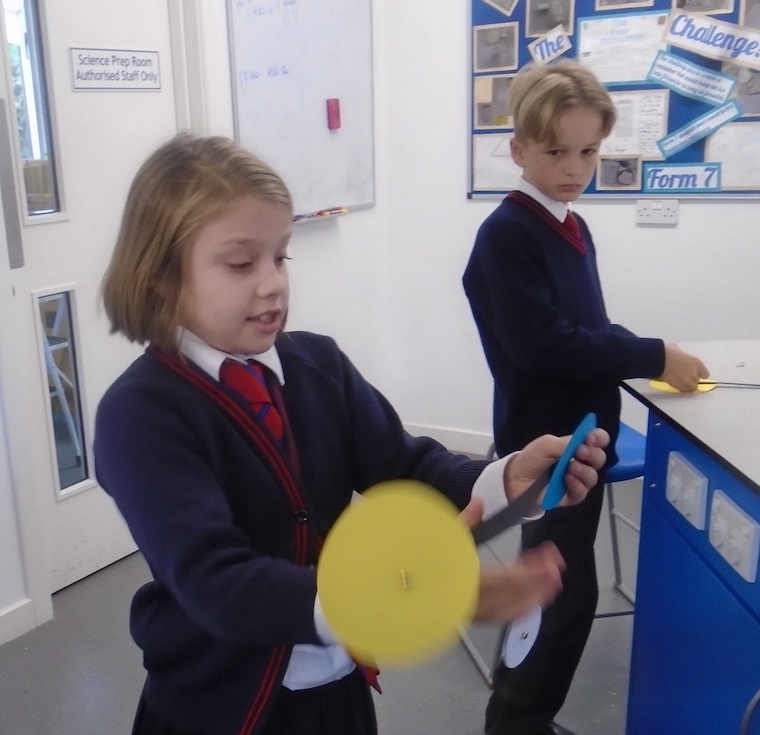 As part of their new Science topic on Space, Mrs Carn introduced the lesson by telling Form 6 they would be making a model. However, she deliberately chose not to share what kind of model it could be.

Form 6 were given three circles - one large yellow one, a medium-sized blue circle and one small white one. They also had two long pieces of card, one of which was longer than the other, and three split pins. 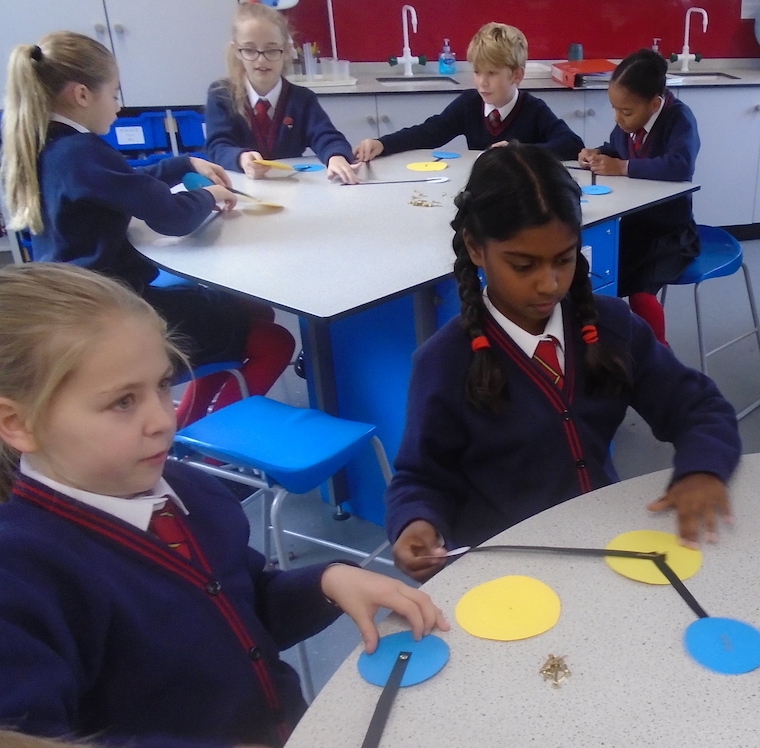 Most children found it challenging to work out what the model could be. However, one member of the class identified what the shapes represented and started linking them together with the black card. Others also began to realise what the shapes were but were not sure how to link them.

With her model finished, our class member shared it with the class, so they could complete their own models which represented the sun, earth and moon.