What's the connection between Maths and snowballs? Take a look... 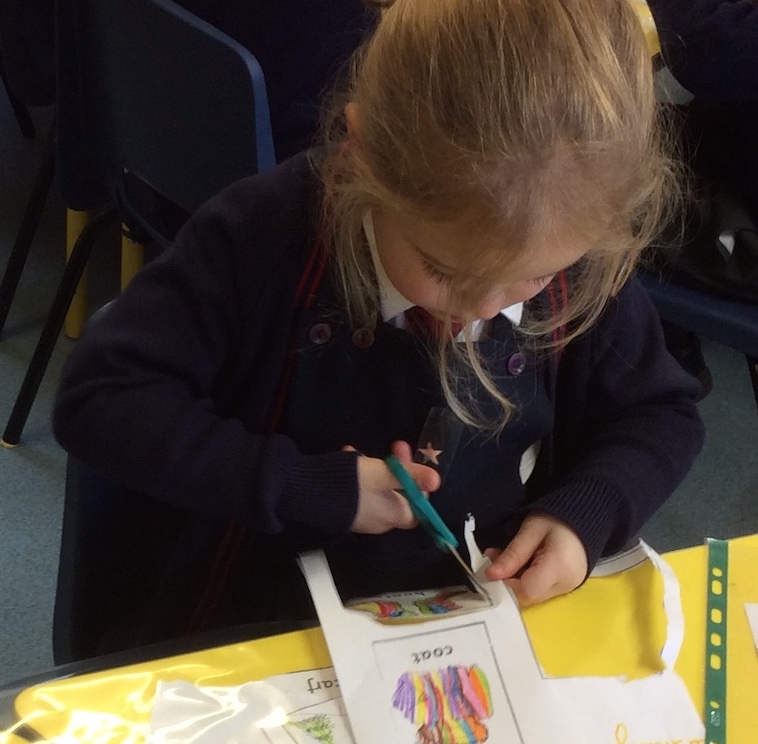 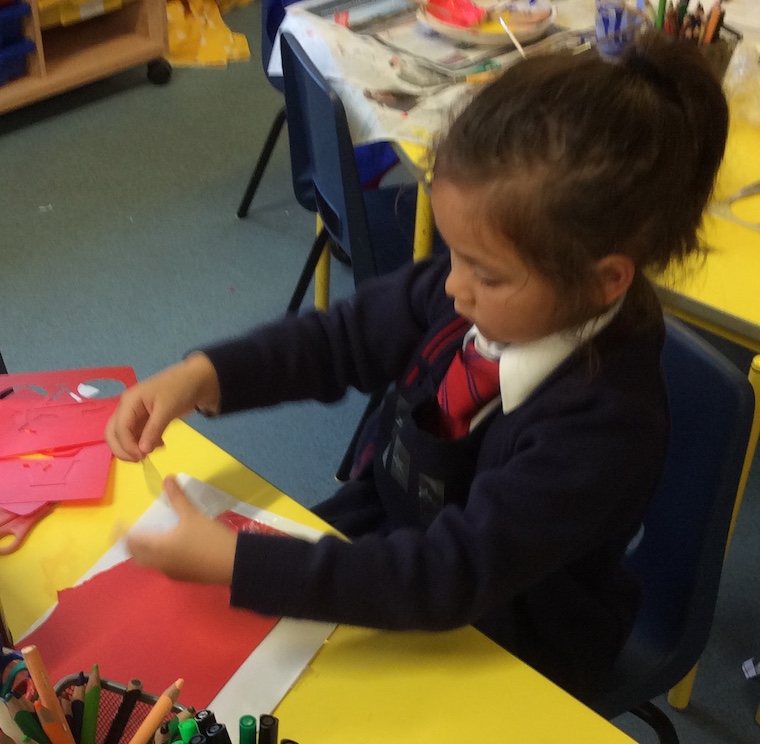 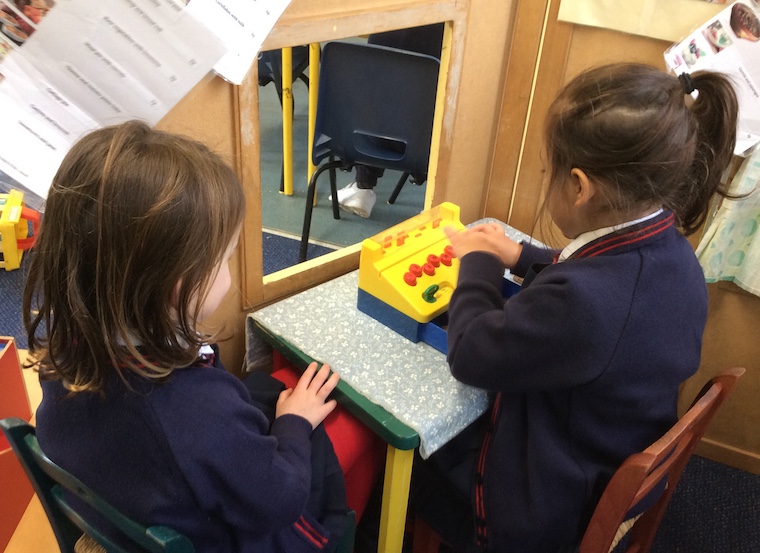 The weather has been very much to the forefront of our minds this week and we have been discussing all the changes that the colder weather inevitably brings. On a positive note, such extreme wind and deluges of rain certainly make the children notice what is happening around them.

Our Motorway Café is now open in our classroom where hot drinks and food can be purchased (for a considerable amount of money!) to warm the children up on a long winter’s journey. Hot chocolate for me please! 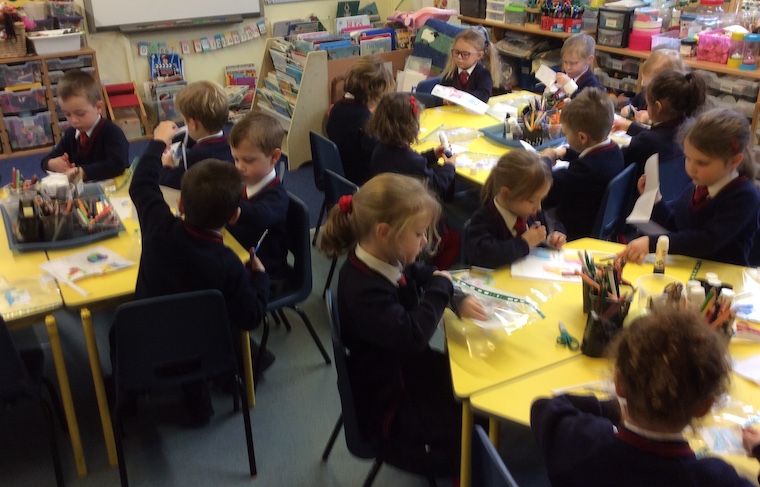 The children always love making books of their own and this week they coloured, cut, glued and organised a book all about the clothes they need to wear now it is winter. I was delighted to see how independently they worked with enthusiasm and  concentration. They also had to think about the best way to get dressed to go outside, remembering that if they put gloves on before their coat they might have trouble with buttons and toggles!

The children might have told you about a snowball fight they had as part of their maths work this week. They were expected to think about all the elements needed to play the game, which included how to divide the class into two teams, how to make sure the game was fair, where and how to measure the midline of the class. Then, after a ‘Ready Steady Go’, they had to work out, at speed, the numbers that were written in different forms on each snowball before scrunching it up and launching it to the other team’s side.

Using estimation and then counting to confirm, they found out how many snowballs had been thrown by each team to see who had won. After deciding which number was bigger we then used a variety of methods to calculate the difference between the two scores. I am pleased to say that a round of applause was given to both the winning team as well as the runners up! 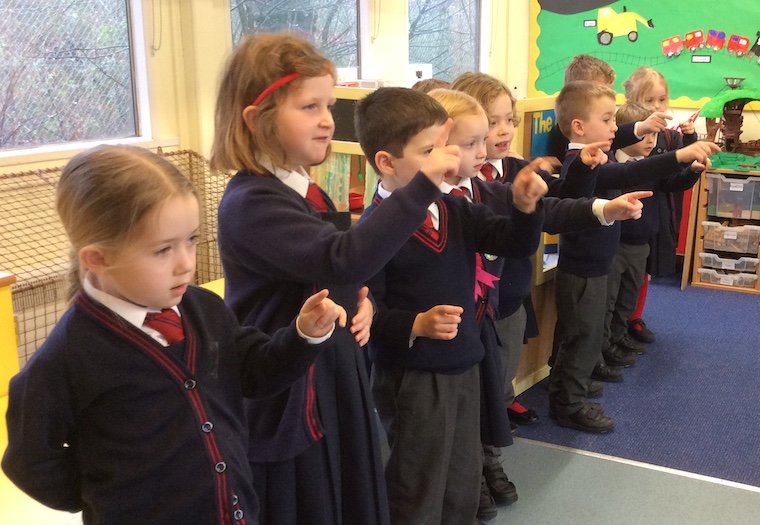 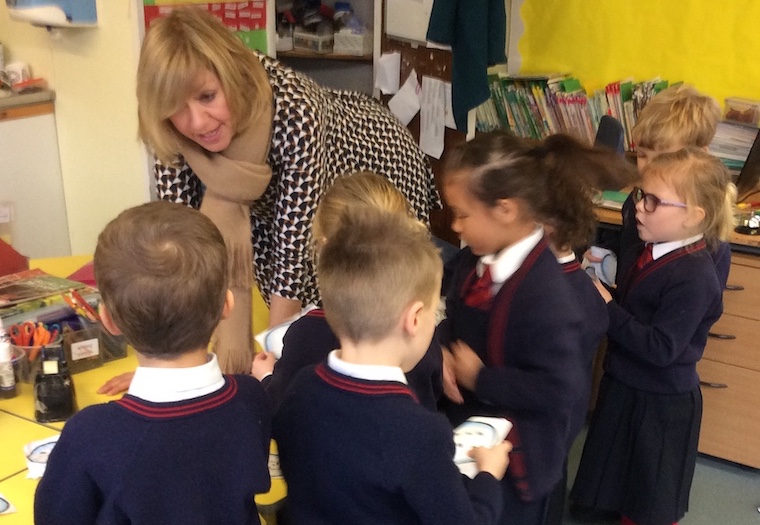 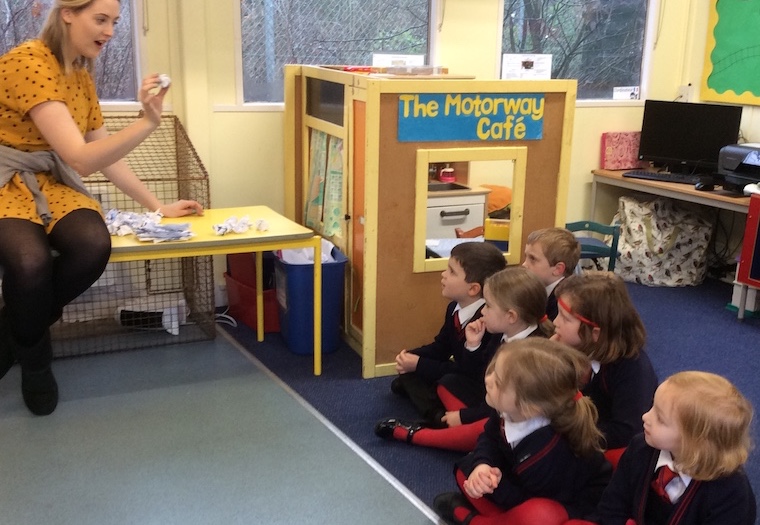 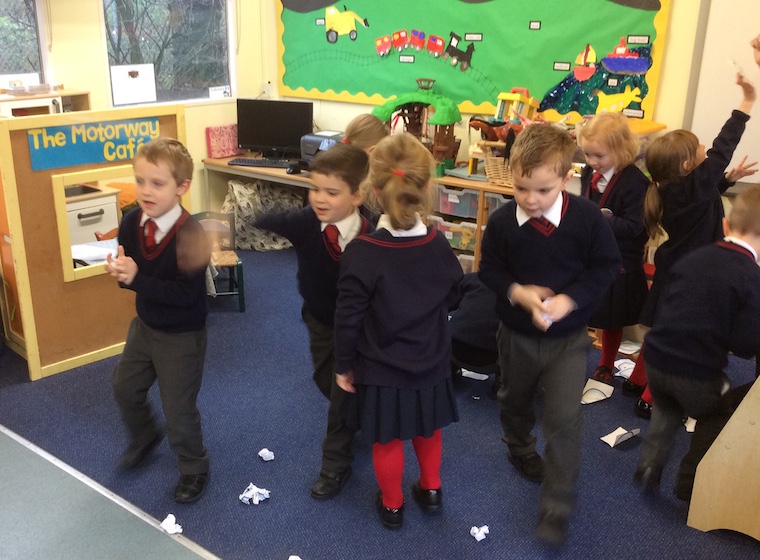 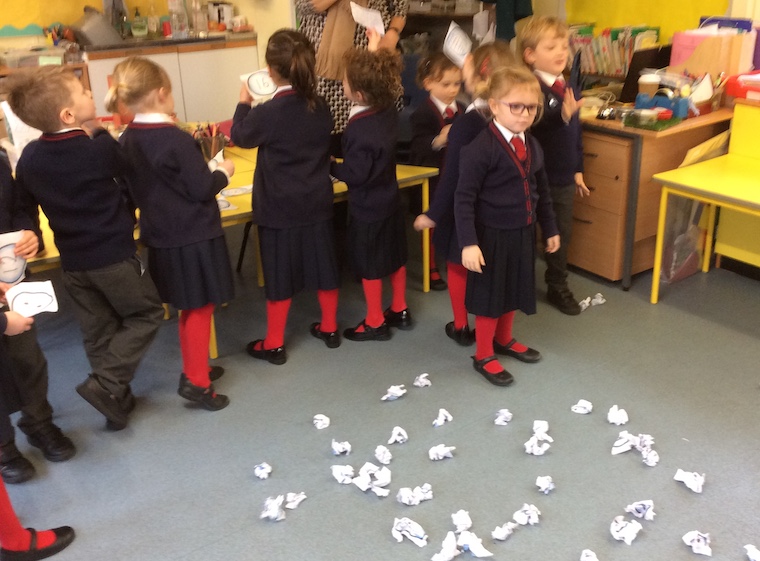 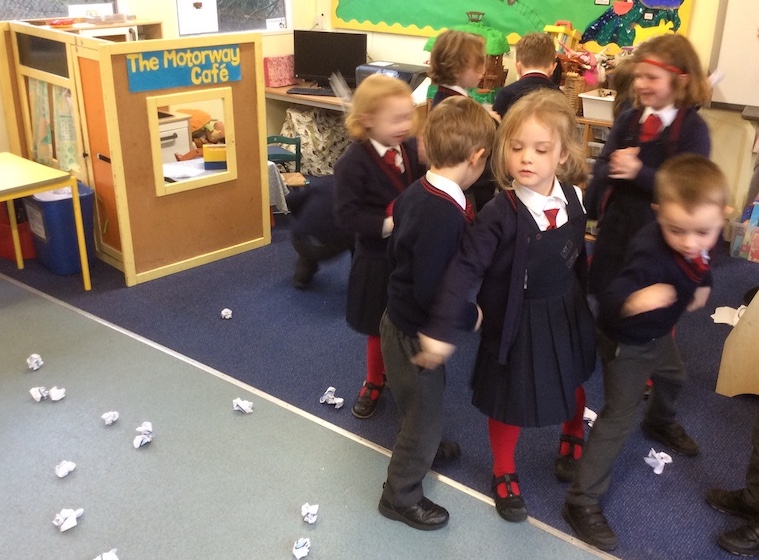