How we put life into learning

One of our passions at Russell House is engaging children's natural curiosity. Here are some of the ways we do it.

What would you wear to meet an author? A magic hat of course! 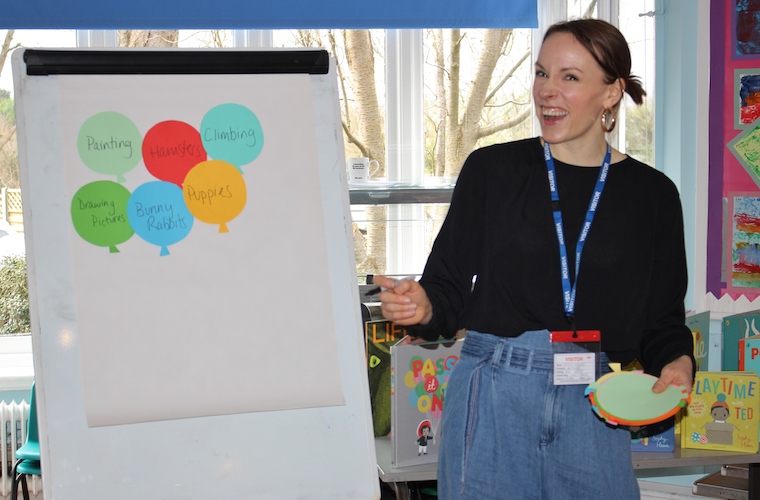 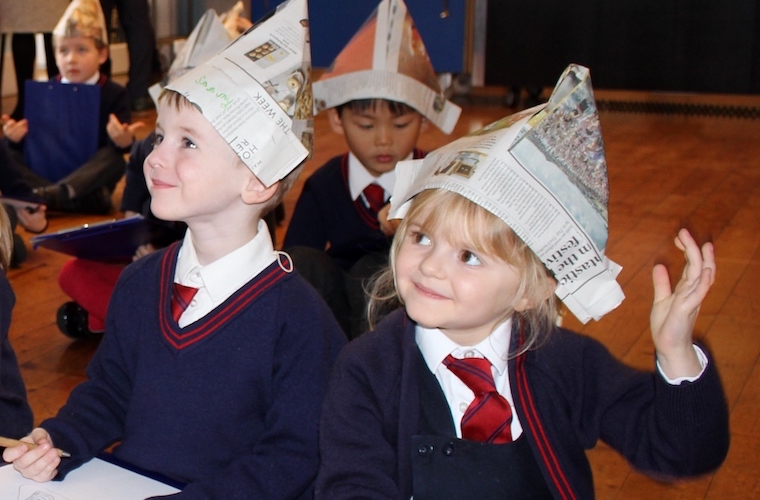 Form 1 had read how a magic hat helped a rabbit realise he could do anything if he tried. When the class met the book's author, Sophie Henn, that’s exactly what they wore. Do you know what they learnt? It really was true – they could do anything. But the magic doesn’t come from the hat – it’s inside them.

Are you ready for the Banana Boat challenge? 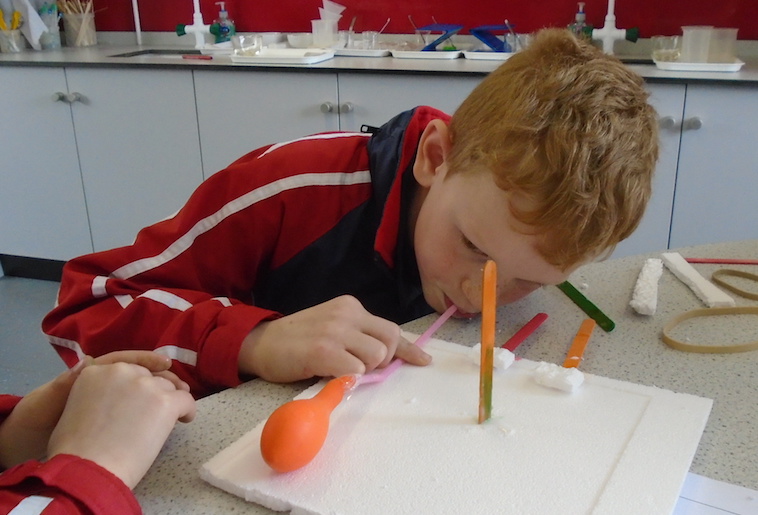 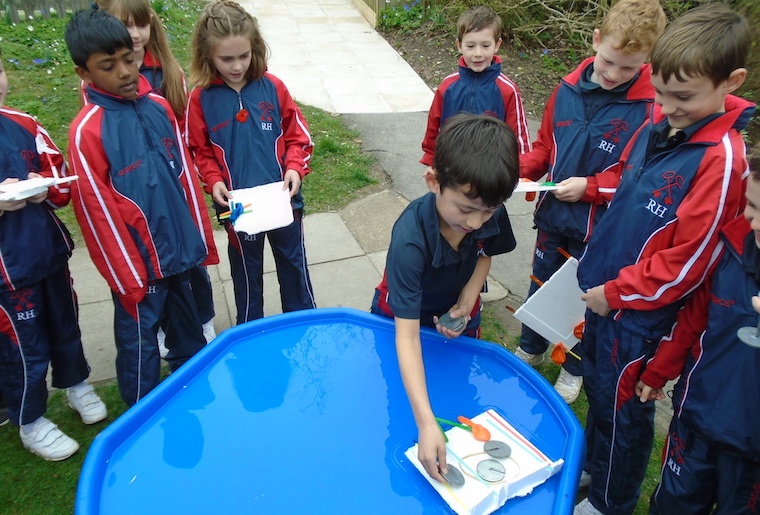 When thinking about the journey a banana takes to travel from the tropics, Form 4 were given a design brief, bringing together concepts from Physics and Engineering. They were challenged to make a boat which would not only hold a maximum number of bananas but would also travel across the sea as quickly as possible. The children paired up to design and make their boats before testing them out.

On the trail of the stopwatch thief

When the stopwatches disappeared from the Science Centre, Form 5 had a single clue to work with. It was a note, but it had become wet and the ink had run, so they couldn't read it. Luckily the class knew an investigative technique to solve the puzzle - chromatography. Mrs Carn collected pens from the likely suspects' desks. The pupils used a pen to mark their chromatography paper and carefully suspended it above water with its tip just touching. Then, by matching their results against the original letter, they were able to solve the mystery of the missing stopwatches. 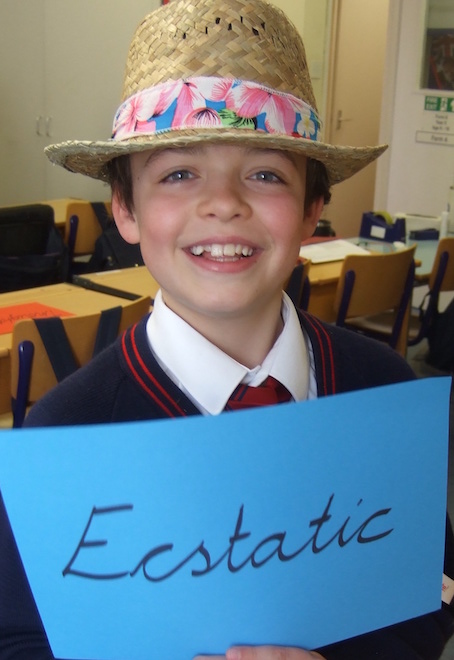 A hat of wisdom... a cat of truth... a splash of inspiration

Did you know that authors can gain inspiration from even the most mundane objects? After discovering this interesting fact during an online masterclass, Form 6 tried it for themselves. They looked at objects, emotions and colours and noted down snippets of ideas as they came into their heads. A wonderful assortment of imaginative stories resulted. They included tales of a leprechaun living in a windmill, a hat of wisdom and cat of truth and a carnivorous gingerbread man.

Every year, our pupils in Forms 6 and 7 take part in the Primary Maths Challenge, run by the Mathematical Association. It's designed to make children think outside the box, encouraging reasoning skills through solving problems. This year around 67,000 children took part, of which 2% succeeded in gaining a medal. At Russell House, 11% of our pupils who entered made it through to the final, and all achieved a medal! With three silver and two bronze medals, it was a record-breaking year. 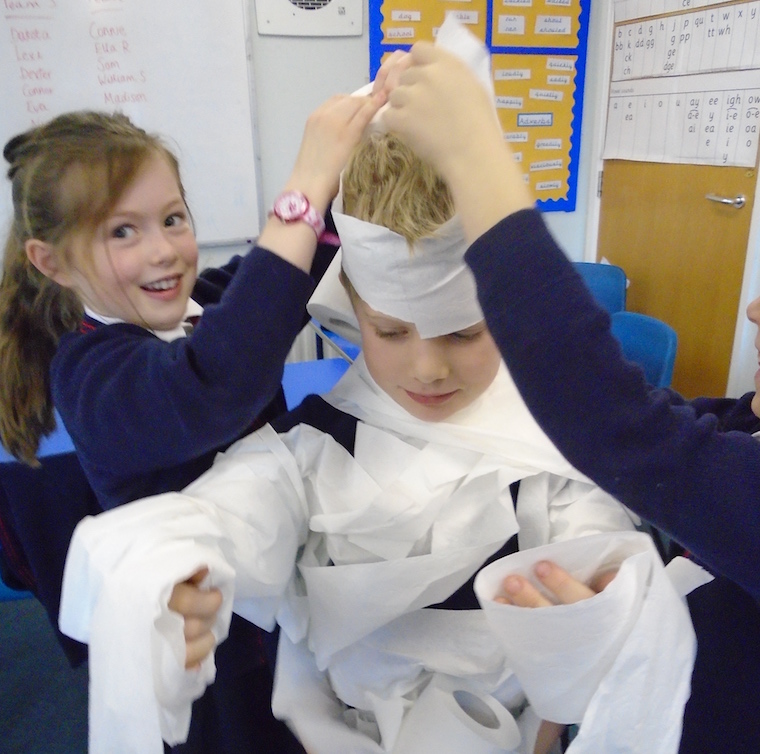 Our afternoon in the Valley of the Kings

One afternoon, Form 3 entered their classroom to find they had been transported back in time to 1922 and the discovery of Tutankhamun's tomb! They explored the tombs to discover artefacts, which they observed carefully and which prompted lots of discussion. Before they could return to the 21st century, there was just one more thing they needed to do. Can you guess what it was? 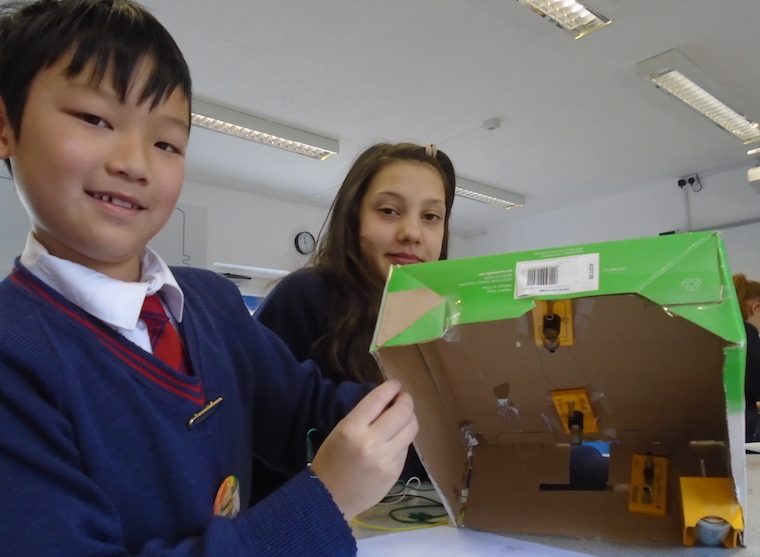 Let there be light!

This is Form 7 wiring up lights, buzzers and switches for a room in a house. They were challenged to use as few cells to achieve the brightest lamps. In the process, they learnt about circuits and the importance of managing earth's resources.