The Beach Cafe made way for an International Space Centre in Transition this week. 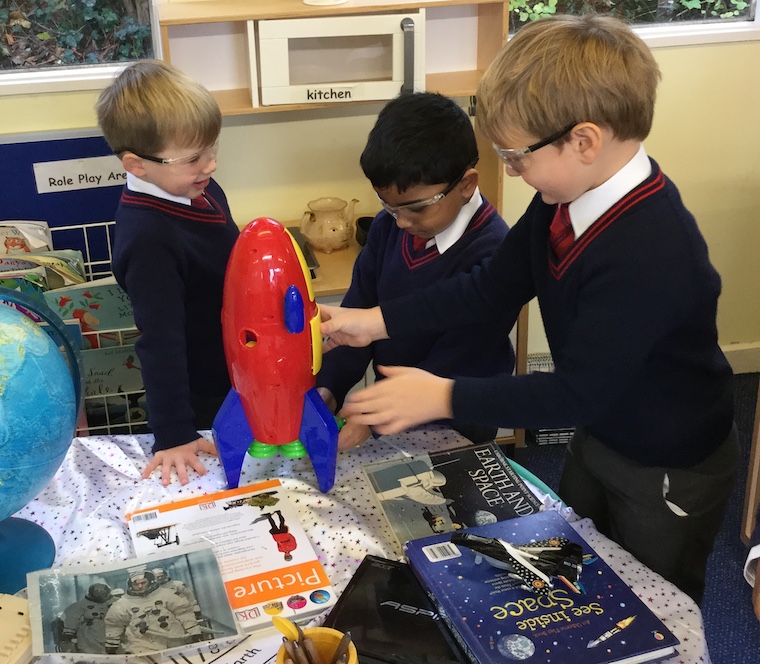 The children were saddened to hear that the shutters of the Beach Cafe had finally closed (although it may yet be serving takeaways during lockdown!) but were over the moon to see that it had been replaced with an International Space Centre when they returned after the holidays.

Accordingly, there has been lots of play with rockets and aeroplanes this week, with busy astronauts wearing space goggles, completing log books and deciding where to fly their spaceships and rockets. We have had many opportunities to practise our countdowns too. 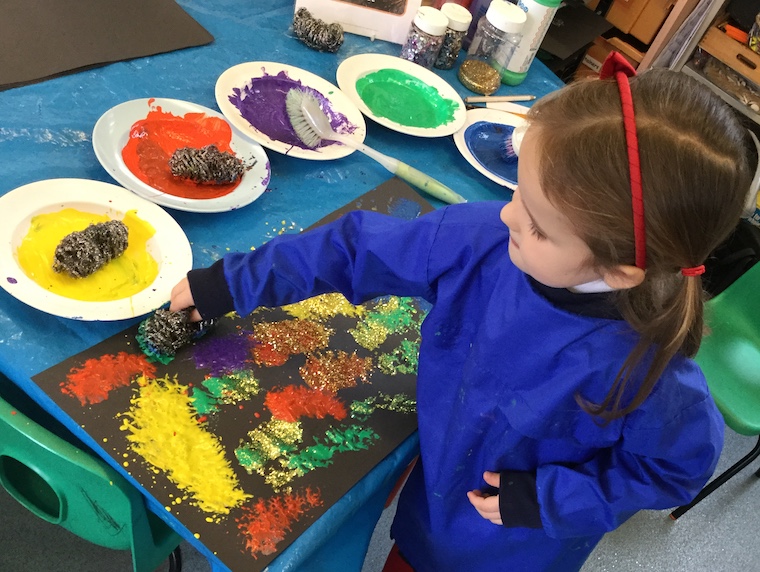 While there may not be as many organised firework displays this year, our cloakroom is generating more than enough 'oohs' and 'aahs' with our sparkling firework paintings. Instead of using conventional paint brushes, the children used a printing action with washing-up brushes and scourers, which we found gave just the right effect! We have also used various loose parts such as pipe cleaners, gemstones and pom-poms to create transient firework art.

After reading the story of Aliens in Underpants, we thought we would peg a few pairs of our spare undergarments outside. What a surprise to see that they had disappeared by the next morning, so who knows if aliens really exist!

This week's mark-making has centred around copying firework patterns with zigzags and swirls. To support this dexterity, the children have practised winding and unwinding elastic bands around corks, which has been good for perseverance and focus too. 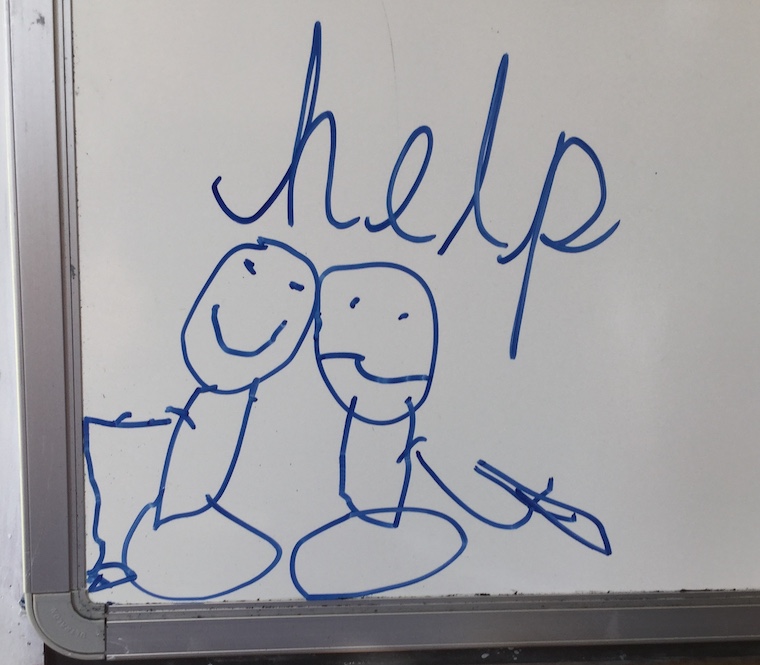 The class is becoming really adept at identifying the initial sounds in words now. This week's sound of h, brought suggestions of house, hop, horn, hand, ham and horse, to name but a few. I just had to share my favourite two ideas: 'Help', with a picture drawn by one of our children on the whiteboard of two children who are "helping each other to tidy up"; and 'Hulk', who another child told me needed to be green and looks like a far better representation of The Incredible Hulk than I could have ever completed! Some children made silly soup containing ingredients starting with the h sound.

Hurrah, for a happy, hopping first week back everyone!