Parliament is in session

Following their trip before the half term break, Form 7 treated the rest of the school to a virtual tour of Parliament this week.

Form 7 showed the younger pupils an array of places they had visited, such as the Robing Room, the Voting Rooms and of course, the Houses of Commons and Lords. 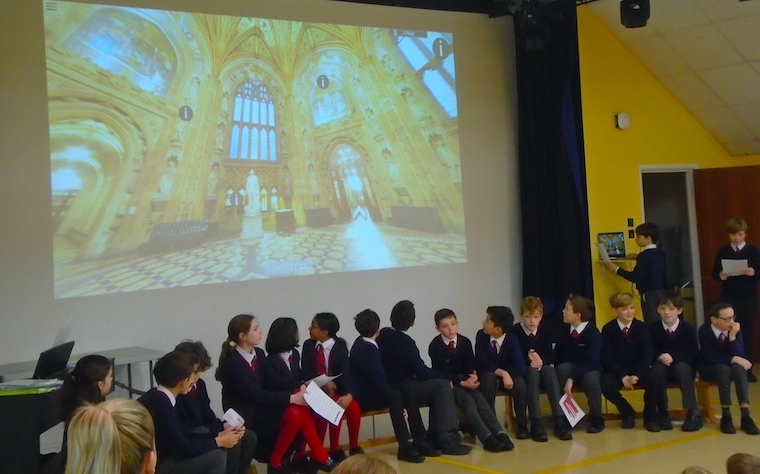 We learnt that MP's can choose where they sit and if they arrive early enough before a debate, they can save their seats with their names on a piece of paper. We also learnt that parliamentary votes are not always done by putting pen to paper and that sometimes the Speaker of the House decides the outcome of the vote based on the relative strength of "aye's" and "no's" he or she can hear in the House of Commons. Lastly, we learnt that the Queen is not normally allowed into the House of Commons because of the actions of some power-hungry monarchs hundreds of years ago.

Form 7 were able to answer some of the pupils' and teachers' questions, demonstrating a lasting understanding of the workings of our government.